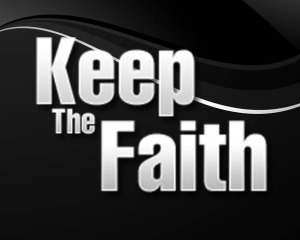 Shirin Aguiar-Holloway reports on Keep The Faith magazine’s first ever Conference, exploring the issue of unity and diversity.

A Conference on multiculturalism within the Church heard last week that Christians should not lock themselves away in their own monoculture, but reach out to all communities.

The Conference, entitled ‘Unity in Diversity’, was organised by Keep The Faith, and was held at the Christian Resources Exhibition in Esher, Surrey. It aimed at bringing understanding and insight into the realities of multicultural Christianity in the UK.

The Reverend George Miller, Founder and President of Reconciliation Ministries International, drew on his own experience as he urged Christians to reach out to all communities – regardless of their own culture.

Rev Miller said, “When I came to this country in 1960, at the age of 15, I went to a high school of about a thousand boys, and I was the only Black boy. That was going to mark out the rest of my journey. I’ve lived in this country all this time, and been a pastor for over 40-odd years, and most of my congregations have been White. I’ve pastored churches where I am the only person of colour in that church, and ministered, and God has blessed it. God is no respecter of people, or place, or anywhere.”

Rev Miller, who recently wrote a book entitled ‘Black to White and Back’, said colour should be overlooked: “Reverse missionary work works, so don’t just lock yourself up within your own culture and colour. England needs Jesus. The Whites need Jesus as much as the Blacks. And you are here with a purpose. Don’t just reach your own people. Listen out to people of other cultures. They will listen. By your life, you’ll speak even louder than your words or even your colour.

Rev Trevor Howard, International Coordinator of Churches in Communities International, urged Christians to embrace multiculturalism. He said, “Multiculturally, we’ve got to make a turn in our hearts because, when we turn, the Father’s heart is going to be looking towards us, and He will run and embrace us. But the question is, are we actually going to abandon our monoculturalism? If I abandon my culture, have I lost my identity? Do you dare to lose your cultural identity? Do you dare to be labelled something that you’re not? The bits that are not like God’s way have to be cut out, thrown away, burned up, because they’re wood and hay and I have to be filled with precious stones.”

He urged Christians to embrace everyone: “When are we going to have an able-bodied church that reaches out to a disabled-bodied church? When is the Church going to turn up in force at the Paralympics? Everyone wants to see Usain Bolt at the 100m, but who can name me the most popular 100m runner in the Paralympic gold race? Nestorius, the South African guy. When are we going to reach out?”

The Conference also heard from Rev Dr Sharon Johnson, a lecturer in pastoral care and counselling, who pointed out the benefits of having an ethnically-different person in church.  She said, “How many of these ethnically or cultural different people serve in prominent ministry in your church? Is the percentage in balance with the numbers? If not, that’s not unity in diversity.”

She said it was important not to overlook people because they looked different, or didn’t look like they amounted to much, adding: “Unity in diversity says, I look into your eyes, I zone in on your face, and the Spirit of God shows me, not by what you look at.”

Given how the UK is changing, the Church will become multicultural. The hope is that the Church will recognise that there is more to gain than to lose, and will embrace unity in diversity.

Talking about death could save you from slipping into funeral poverty