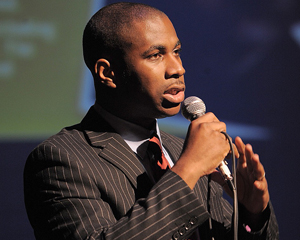 The Black community often complains about the lack of male role models, but we know in Christian circles they exist in abundance. One of them is Nathan John, founder of life-changing social enterprise, Youth Enlightenment Ltd, known as Y-E-L, which recently celebrated its fifth birthday.

Nathan is justifiably proud of Y-E-L’s achievements over the years, which includes working with over 3000 young people; delivering youth projects with various organisations, including Barclays, Lewisham Council and the BBC, and its work being recognised by the Queen.

Not only that, Nathan has received numerous awards for his work with Y-E-L. Last year, he was the recipient of a Barclays Chairman’s Award; in 2010, Nathan received a Black Youth Achievements Award, and in 2009, The Voice newspaper named him as a key mover and shaker in the Black community.

It was whilst working as an accountant, that Nathan, then aged 23, was inspired to set up Y-E-L. He recalled, “I grew up seeing how the absence of a positive male role model can influence the choices young Black boys specifically make. When I started Y-E-L, there was a string of young people being killed by guns and knives. I was also aware of a number of other challenges facing some young people, such as the lack of educational achievement, drug abuse and unemployment. I felt a strong calling from God to contribute to the solution of some of the issues facing young people.”

Y-E-L was set up to train, empower and support young people to attain success, and to serve as their voice in the media. Nathan has been invited to be a spokesperson on youth issues in various media, including Sky News, the BBC and Al Jazeera. It’s a role that came about after he innocently posted his views on the BBC website about a youth murder, writing about its emotional impact on him, and his desire to start a youth project.

Soon after, a BBC researcher called him, inviting him to take part in a discussion about absentee fathers on the Jeremy Vine show (on Radio 2). It was followed by a spot on a BBC news programme. That was in 2007. Since then, Nathan has been interviewed in various media close to 200 times. He shared, “I never had any idea that leaving one comment online would lead to me being one of the main contributors on key youth and social issues. Maybe if I had, I would have stayed far away from even reading the news online! Now I have accepted and feel committed to being a voice for the voiceless, and to challenge the views of the general public that young people are just mindless thugs with no chance of being saved.”

Nathan has a strong faith, serves as an assistant pastor, and works with youth at the New Cross Apostolic Church in South East London. He attended church with his mother as a young boy, and made a commitment to become a Christian at just 10 years of age. “My faith in God is key in my life,” he shared. “I rely on Him to see me through each day, no matter what challenges I face. He has never disappointed me, and when things do not go the way I expect them to go, I know it is because He has a better way of doing things.”

He also thinks Christians should be socially active. “I believe that the Christian community can and should be providing support to young people and to other members of the community. The first thing to do is pray for them; next, is to find a way to connect, and finally, to provide practical advice and support with the guidance of God.”

One fact about Nathan, which is particularly endearing, is that he is a young man who loves his wife and is father to four children. He has been married to Simone for eight years. “I love being a husband and father! After God, my family is the most important thing in my life. I can live with failing at everything else, but must succeed with my family.

Nathan’s work obviously has the Midas touch, and he has great plans for Y-E-L’s next five years. “The next coming years will see us further develop relationships with established organisations, and work with them to provide opportunities to our youth, such as training, mentoring and work experience. We will also start making the necessary steps to one day open our own academy.” 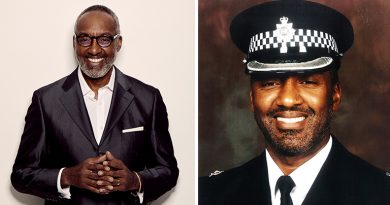