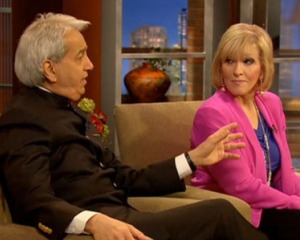 International evangelist, Pastor Benny Hinn, has been sharing with the world that he has reconciled with Suzanne, his wife of 30 years, following their divorce, after she filed for divorce and, in the process, left her husband in shock.

In a specially-written blog on his website, www.bennyhinn.org, the evangelist shared why his marriage broke down, and the reasons why he and his wife have reconciled.

Pastor Hinn stated that his dedication to his ministry, and his wife’s dependency on anti-depressants, contributed greatly to the breakdown of their marriage.    After the couple’s divorce in 2010, Suzanne Hinn booked into the Betty Ford Clinic to get treatment for her drug dependency.

Pastor Hinn wrote, “The truth of the matter is that Suzanne filed for divorce because she was crying out for help.  The divorce most certainly woke me up, and the Lord used it to show me – as a man of God and as a man – that I cannot function properly without my wife and family.”

Pastor Hinn’s ministry suffered when news that his wife filed for divorce hit the media, and he lost many supporters.  Now that he and his wife are reconciled, he is hoping to share a message of hope – alongside his wife – of God’s power to heal broken relationships.

Annoying things people do in church