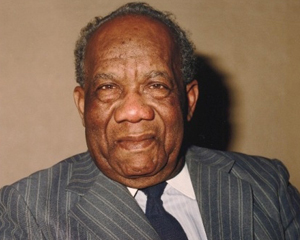 Ever since Jamaicans started immigrating to the UK during the 1950s and 60s, they have contributed greatly to the religious life in the UK.

Their fervent approach to worship, love for the Bible, and passion for God have filtered through to the wider church movement, to the point that it appears that no major church meeting is complete without a contribution from a Black Christian, whether giving a talk or singing a worship number.

There are a number of Jamaican Christians, who are worthy of mention for their contribution to the religious and social life of the UK.

REV DR OLIVER LYSEIGHT: He is a key figure in the New Testament Church of God, one of Britain’s most well-known Black denominations. Along with a group of friends, Rev Dr Lyseight held the first ever NTCG meeting in Wolverhampton in 1953, and became the church’s first ever National Overseer. He came second in a poll of 100 Greatest Black Britons; was co-founder of the Afro-West Indian United Council of Churches set up in 1976 to unite Britain’s Black churches, and in 1978, helped establish the British Council of Churches aimed at bridging the gap between Black and White Christians. 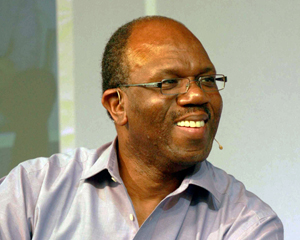 Currently serving as International Director of Micah Challenge, Rev Edwards was a former General Secretary of the African Caribbean Evangelical Alliance (ACEA), and made history with his appointment as the first Black General Director of the Evangelical Alliance, the representative body for over one million evangelical Christians. He has also served as a Commissioner at the Equality and Human Rights Commission, and has received the Jamaican Prime Minister’s Medal of Appreciation in 2007. In addition to this, Rev Edwards has authored several books, and is a regular contributor to BBC Radio 4’s Thought for the Day programme.

ANGELA SARKIS, CBE: She is a high flyer in the world of charity and public service. Raised in the NTCG Nottingham, Ms Sarkis – a committed Christian – has served as Chief Executive of a number of leading charities, including the Church Urban Fund, and made history by becoming the first Black person to be appointed CEO of the YMCA in 2006. She is also a former BBC Governor and was a member of the House of Lords Appointment Commission. She is currently a member of the Civil Service Commission, and serves on the Youth Justice Board. 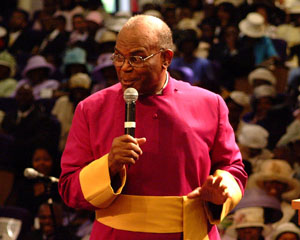 This Jamaican-born minister is the founder of the Bethel United Church of Jesus Christ, one of the UK’s more well-known apostolic denominations. He is the brainchild and visionary behind the Bethel Convention Centre, the first multi-purpose conference centres to be built by a British-based Black-church organisation. Since it was opened in 2001, it has been the venue of choice for Black churches holding major events in the Midlands. It is also heavily used by secular organisations.

DR ROBERT BECKFORD: An academic, Dr Beckford has helped to put Black theology on the map, with his published titles and popular (sometimes controversial) TV programmes for the BBC and Channel 4, which give insight into the complex interplay between religion, politics and culture. Subjects covered include President Barack Obama; the Book of Revelation, and slavery. In recent months, Dr Beckford has turned his hand to drama, and co-wrote radio play Father, Son and Holy Ghost with Kwame Kwei Armah. He currently serves as a Reader in the Department of Theology and Religious Studies at Canterbury.

REV CARMEL JONES, MBE: Many Black church leaders have been able to purchase buildings and get funding from projects, due to the loans they received from the Pentecostal Credit Union (PCU), currently one of the largest credit unions in the UK. It was founded by Rev Jones in 1980, after hearing too many stories of Black people being unable to get loans. Credit unions work on the premise that people with common interests join together to save regularly; get inexpensive loans, and share in the profits. The common interest that joins people together with the PCU is their membership of the Pentecostal Church.

The Bridge by Tina Boyle-Whyte