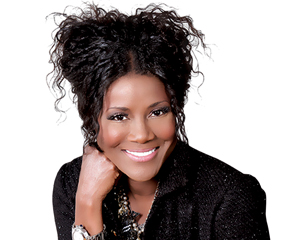 Leading female preacher, Dr Juanita Bynum, recently set the church world alight with her radio confession that she has had lesbian relationships in the past, and used to take drugs.

Dr Bynum made the revelation whilst being interviewed on Atlanta-based radio show, Frank & Wanda in the Morning on V-103 Radio, about her theatre production, ‘Get Your Life Back’. She told her interviewers, “I’ve been there and I’ve done it all. I did the drugs; I’ve been with men; I’ve been with women. All of it.”

She also stated, “You can have sex with 50,000 people; you can do drugs until the cows come home. But the void that you’re trying to fill is a void that’s been put there by the Creator, and it’s called purpose and destiny, and until you accept that, you’re going to walk around the living dead.”

Dr Bynum came to fame in 1990s with her sermon, No More Sheets, where she revealed details of her promiscuous lifestyle and how God delivered her from it. Her sermon won her many celebrity fans, including Mary J Blige.

Dr Bynum, who is due in the UK later this month, was also the victim of domestic violence during her marriage to Bishop Thomas Weeks III, which ended in divorce in 2007.