Leading psalmists, Israel & New Breed, have produced their first live 2CD and DVD for five years. Keep The Faith gives the low down on this exciting new release

There’s no doubt that Israel & New Breed is one of the world’s most popular praise and worship outfits. Their numerous fans across the world must be rejoicing since the group released their first live 2CD & DVD recording in five years.

‘Jesus At The Centre’ features this award-winning worship collective, performing a range of memorable praise and worship numbers, which help to usher listeners into God’s presence.

The double CD and DVD were recorded in front of thousands at Lakewood Church, in Houston, Texas – one of America’s largest congregations. The church is led by popular TV preacher, Joel Osteen. Israel serves as Lakewood’s worship leader.

There are a total of 17 songs on ‘Jesus At The Centre’, along with three additional studio singles. It is classic Israel & New Breed material, and sees them returning to their roots, delivering new worship anthems for the modern-day church. Guest vocalists featured on the live recordings include T-Bone, Bishop Michael Pitts, Jeremiah Woods, and Israel’s 15-year-old daughter, Mariah Houghton.

It’s Israel’s aim that this new release inspires Christians to re-focus on Jesus and make Him the centre of their lives. He explained, “The overarching story of the album is that sometimes we can be so ‘churched’ that we can lose sight of the ‘who, what, why’ of worship. This project simply places Jesus where He is supposed to be. We intentionally removed the metaphors and simply focused on His Name.”

Expounding on the reason why he chose ‘Jesus At The Centre’ as the album title, Israel stated, “It felt like the right time and the right statement to make. The simplicity of being all about Jesus, and not using ‘pronoun-ed’ gospel; going back to a place where it’s not about us; where we’re decreasing, because Jesus is increasing and drawing all men to Him. This requires finding the balance between being a worship leader and being an artist. The purpose of a worship leader is being looked through, not looked at.”

Many of the songs on ‘Jesus At The Centre’ had been tried and tested on the Lakewood congregation. “It felt more like a home-court advantage than a homecoming,” says Houghton, who had recorded at Lakewood before, with the likes of Michael W Smith, Martha Munizzi and the church itself, but never for one of his own albums. “There were a lot of these songs that were ‘in the house’ so to speak, so it made it easy for the crowd to worship along.”

Houghton says that about 70 percent of ‘Jesus At The Centre’ had been sung at Lakewood before making it onto the recording, which is palpable in the way the audience responds to the music, beginning with the album’s centre piece, the worship ballad, ‘Jesus at the Centre’, originally introduced in the Israel & New Breed anthology, ‘Decade’.

In addition to the ‘Jesus At The Centre’ 2CD, there’s a companion DVD featuring all 17 songs, along with behind-the-scenes footage; the story behind the song vignettes, and other bonus material. Israel & New Breed have also released an exclusive iTunes LP following on from Houghton’s ‘Love God, Love People’ LP, which became the first-ever iTunes LP and first LP – mainstream or Christian – to include various interactive capabilities. The ‘Jesus At The Centre’ LP will not only include the new music, but also video work tapes, a photo montage and the ‘Jesus At The Centre’ video tutorial.

Just because ‘Jesus At The Centre’ is Israel and New Breed’s first live recording in five years, it does not mean he has not been busy.

In the intervening five years, Israel has recorded two studio projects: Grammy-award winning albums, ‘The Power of One’ and ‘Love God, Love People’. And along with New Breed, Israel has performed at over 700 concerts across America, Europe and Africa. He was in the UK earlier this year as a special guest psalmist and teacher at Noel Robinson’s Renewal event, held at the Dominion Centre in Wood Green, London.

His success as a popular psalmist, penning and performing songs such as ‘Friend of God’, ‘You Are Good’, ‘Again, I Say Rejoice’ and ‘Alpha and Omega’ during the past decade, means that Israel has remained very much in demand. He is also one of gospel’s most high profile artists, so much so, that he is one of the four leading male gospel artists selected to be part of The Kings Tour – the first US tour undertaken by leading event company, Live Nation.

Israel shared about the Tour and his other plans for the year, “I’m going out on tour with Kirk Franklin, Marvin Sapp and Donnie McClurkin. We wanted to do something big in the gospel industry. I am very honoured to be selected with these awesome men. I’ll tour throughout the rest of the year, host the annual worship conference, “Deeper 2012”, and then prepare for some international touring next year.”

The great thing about Israel’s music is that it is a fusion of a wide range of music styles that tap into the psyche and musical tastes of the modern worshipper. Israel can do rock, pop, gospel, latin, soul, r’n’b and, with ‘Jesus At The Centre’, he even toys with the electronic sound, so popular with modern pop artists and audience.

It’s hardly surprising that Israel’s music has a host of different flavours and touches hearts. He is of mixed French and African-American heritage, raised in a Mexican American neighbourhood.

He was almost not born, as his mother was encouraged by her parents to have an abortion, because of his mixed parentage. Mrs Houghton defied her parent’s wishes and had her child, despite her doubts. During the pregnancy, Israel’s mother split up with his biological father late in the pregnancy, and a chance encounter with a Christian woman, who told her she’d made the right decision to keep her child and that Jesus loved her, inspired her to make the decision to become a Christian.

Following Israel’s birth, she went on to have her child, get married, and raised Israel and his three younger siblings in Arizona and New Mexico.

Israel showed musical talent from a young age, and recorded two solo albums for Warner Brothers. His recording career moved into another gear when he released ‘Real’ in 2002. It was his debut CD on Integrity Records. It pinpointed Israel as an artist whose music touches a major chord with listeners.

Israel has been on an upward trajectory ever since, with his subsequent albums, which include ‘Live From Another Level’, ‘Again I Say Rejoice’ and ‘Alive in South Africa’, garnering him thousands of album sales, and numerous Grammys, Stellars and Dove Awards.

‘Jesus At The Centre’ gives audiences a new opportunity to once again experience the spiritual potency and relevancy of Israel & New Breed’s worship ministry, as well as be encouraged.
ENDS

The 2CD and DVD can be purchased separately from iTunes, www.kingswayshop.com and your local Christian bookstore. 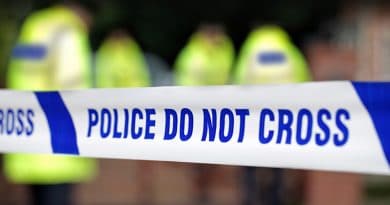