“We need to provide more intellectual spaces for Black Academics…Black intellectuals are necessary to advance social and economic democracy for the Black community.”

Rev Stephen Brooks laments the lack of intellectualism within the Black community, and calls for the creation of forums and strategies to encourage greater intellectual and theological endeavour

In the UK, most Black people identify themselves as Christian but, for a variety of reasons, it is rare to find Black intellectuals who see themselves primarily as Christian.

Historically, Black Majority Churches in the UK – with the exception of the Seventh Day Adventist Church – have had a distrust of intellectuals. Scriptures like 2 Corinthians 3:6, “Who also hath made us able ministers of the New Testament; not of the letter, but of the Spirit: for the letter killeth, but the Spirit giveth life”, and 2 Timothy 3:7, “Ever learning, and never able to come to the knowledge of the truth” are often quoted to reinforce this distrust.

For Black communities, the lack of economic resources and general lack of equal access to education have made devaluing the intellectual rather easy. The ‘helping’ professions – like law or medicine – are still valued in our community, but a pure pursuit of the academic mind is not, as it is theoretical and not expected to produce an immediate or practical result. Intellectual activities arise in the process of solving problems; they observe study and analyse, in order to advance society. Black intellectuals are necessary to advance social and economic democracy for the Black community.

Black intellectuals are alienated both from the mainstream Black communities which produced them, and from the mainstream White intellectual communities which continue to reject them. Figures show there are just 50 Black British professors out of more than 14,000, and the number has barely changed in eight years, according to data from the Higher Education Statistics Agency. Harry Goulbourne, Professor of Sociology at London South Bank University, says universities are still riddled with ‘passive racism’.

One of the beauties and seeming contradictions of the Black Church is the intellectual oratory of the Black Christian preacher in the pulpit. Here is one of the only places intellectuals can express themselves. In the pulpit, abstract thinking and artistic flair are accepted in a way that is unmatched by other forms of intellectualism. We need to provide more intellectual spaces for Black Academics. A good example of where this occurs is the monthly Black Theology Forum at Queens College in Birmingham, facilitated by Dr Anthony Reddie. Some would oppose the idea of a Christian institution that focuses on the needs of a specific ethnic or racial group, but we need this sort of theological outlet within the Black Christian community, so that the needs of our community can be served.
White Western intellectuals continue to promote imperialist views about the Black community without challenge. For example, Africa has been defined today as a charity case. Newspapers, movies, music, sports, movie stars and various personalities are involved in charity activities all over Africa. Sir Bob Geldof and Bono tour the world to raise money for Africa. For years, Gordon Brown and Tony Blair promoted themselves as leaders trying to help out Africa. Wherever you go, there are images that appeal for donations to help out Africa and African people, promoted by various charities including Oxfam, USAID, Save the Children, Red Cross, etc. This concept of the continent’s need for charity undermines African people’s awareness to the reality that Europe and America are living off African resources. It covers up all the looting and brutality inflicted on the people in the process of stealing their resources over the centuries to the current day.

Untold and massive amounts of gold, oil, cobalt, platinum, uranium, diamond, cocoa and other resources leave the land of Africa every year; hundreds of billions paid to the IMF and the World Bank – disguised as debt – are not signs of poverty. African mines generally are owned by foreign powers, who also fix the prices of what comes from African soil and labour. Most of the resources Africa produce ends up in factories, supermarkets, homes and museums in Europe and North America.

In recent history, many intellectuals and activists of all races have mobilised against ideas, politics and policies that have served to keep the Black community in second-class citizenship. We have the opportunity to be the master of our own story, and to promote the voice of Black intellectuals to move from the periphery to the centre of knowledge production by carrying out the following:

When one is working in the field of the proclamation of the Gospel within Black Majority/ Black-Led churches, one’s theology needs to be adapted to this situation. Every human person has their life purpose and personal theology, and the right to discover this gradually. In my mind, there is a huge resource of fresh intellectual theological thinking to be discovered in the way we creatively deal with life’s challenges. 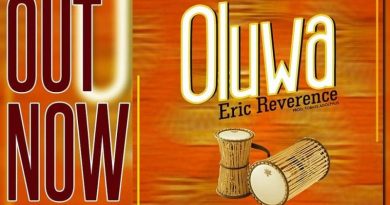