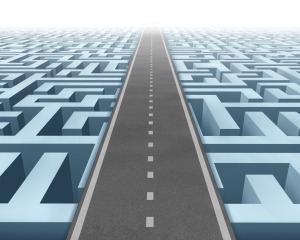 Christians are increasingly encouraged to pursue their personal ambitions.  Rev David Shosanya writes that this is wrong when too little emphasis is placed on Christian discipleship, holy living, and seeking God’s will and purpose for one’s life.

Over the past decade or two, I have noticed significant – and serious – paradigm shifts taking place within the Church in the UK.

In last month’s column, I explored the challenges that face Christians of African heritage, as they seek to discern what the Spirit is saying about how they work out their unique contribution to the Church here in the UK. My conclusion was that the potential contribution of Christians of African heritage had already changed the religious landscape of the nation, and furthermore had the potential – much of which is already being worked out by many African pastors – to be a much-needed evangelistic and social action movement. (Many indigenous churches struggle to combine social action with intentional evangelistic outreach.)

At the same time, the wider Church in the UK continues to wrestle with the many challenges to its existence, including contending with alternative narratives and ideologies (radical and aggressive humanism, individualism, consumerism, the new atheism, etc.) that are seeking to assert their relevance to contemporary culture in a manner that undermines or even sidelines the Church. The external challenges are only compounded by the internal challenges that the Church is simultaneously having to negotiate.

One of the internal challenges facing the Church, particularly churches largely populated by Christians of African and Caribbean heritage, is the primacy of the pursuit of one’s personal sense of destiny over and above the necessity for effective Christian discipleship, as outlined in Scriptures. By this, I mean that discipleship is conspicuously absent from the predominant, or increasingly prevalent discourses that are emerging from many churches – indigenous churches included. The material effect of this paradigm shift has been an excessive focus on doing rather than being, whereas in Scriptures, the latter flows out of the former: we do because we are, and not vice versa!

It is worth stating at this juncture that I wholeheartedly believe in personal destiny; that each of us is here for a particular purpose, and that our goal in life should be to realise that purpose in and through Christ, the Holy Spirit and the insight of Scripture. The challenge, as I see it, is that individuals are seeking to fulfil their destiny without first submitting themselves to the process of discipleship. Discipleship appears to have become a dirty word, and the central importance of this mode – of embedding the essential tenets and characteristics of the Christian faith into the consciousness of new converts – is increasingly being disparaged. However, to avail oneself in obedience to the lifelong process of discipleship is to embrace the Christian virtues of interdependence and humility. These two character traits are integral to how the Christian understands themselves; their relationship to other believers, and their relationship to the world.

“I wholeheartedly believe in personal destiny. The challenge is that individuals are seeking to fulfil their destiny without first submitting themselves to the process of discipleship.”

Perhaps it is the young people within our churches who have been most affected by this new way of ‘being Christian’ and, it might be argued, are consciously or unconsciously the most vociferous proponents of this shift in emphasis away from discipleship towards destiny. However, they are not to be blamed or held responsible, because their worldview is shaped and reshaped within the context of communities of Christian faith. It stands to reason, therefore, that those communities are directly responsible for educating, forming, influencing and shaping the Christian worldview developed in its young people. The fact that some churches may not be prioritising discipleship is likely to be the result of one of three reasons: either the community has abdicated its responsibility for discipleship; has compromised its ethos, or is itself modelling a worldview that prioritises self over ‘taking up the cross daily and following Christ’ (Mark 8:34). The danger with this form of Christianity is that it reduces God the Father, God the Son and God the Holy Spirit to celestial facilitators of human ambitions or aspiration, rather than sovereign beings to whom the human spirit should surrender and confirm through loving obedience.

The consequence of this ‘new’ worldview reaches far beyond the impact it has on the individual; their understanding of the Christian Gospel, and the call to discipleship, and touches on the very essence of the Church. It challenges the biblical revelation of the body of Christ as ‘the many sided wisdom of God’ (Ephesians 3:10), and redefines its members, and consequently its mission, not as disciples on a path towards being conformed into the image of God through Christ (Romans 8:29), or as a therapeutic community commissioned to bring healing, wholeness and a message of reconciliation to the world (2 Corinthians 5:19ff), but rather as a disparate group of individuals who form loose communities of faith that prioritise personal ambition over transformational or transformative living.

Such a presentation or projection of Christian communities no doubt appears to the world to be a living embodiment of a contradictory state of existence that is incongruent with what the Bible depicts, and an unattractive alternative to the life they have become accustomed to. One has not yet begun to assess the implications of this emphasis on realising personal destiny on the way the historic doctrines of the Church are understood,- that is if they have ever been understood, and whether they even remain a priority!

KTF REWIND: Where have all the elders gone? by Rev David Shosanya