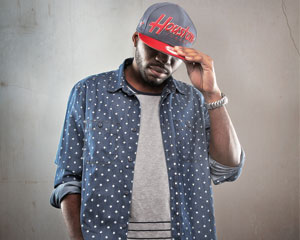 ‘So It Continues’, the soon-to-be-released sophomore album of Nigerian-born, London-raised rapper, Seun Otukpe, otherwise known as SO, is causing a bit of a stir.  He’s already released two well-received singles from the album which will be out on November 13, 2012.  SO, a graduate of theology from Durham University, was introduced to gospel music ministry by UK outfit, New Direction.  They recognised his talent, and show him via their performances that rap can be a powerful ministry tool.  SO has been featured on tracks with leading gospel artists: Jahaziel, New Direction Crew, E Tizz, Shai Linne and LeCrae.  His first solo project ‘The 5 Solas Mixtape’, released in June 2010, received rave reviews and in 2011, he became the first UK artist to be signed by US label, Lamp Mode Recordings, who launched his acclaimed debut album, ‘So It Begins‘.   At just 23, SO has the world at his feet, and with the imminent release of ‘So It Continues’, he’ll also have another opportunity challenge hearts and touch lives with the Gospel message of Jesus.