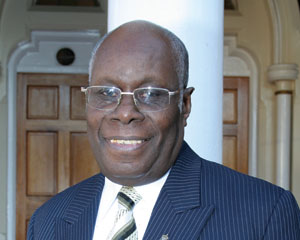 The Christian community is mourning the death of Pentecostal stalwart, Bishop SG Sappleton, leader of well-known Pentecostal church,CalvaryTemple, which is based in Camberwell, South London.

He served as pastor of the church for 37 years, and was known as a pastor who was compassionate and generous, and who also had a great sense of humour.  He has travelled and ministered in several countries, including theUSA,Canada,Jamaica,Israel,Germany,France,Holland,Belgium,Guyana,Trinidadand theBahamas.

Bishop Sappleton was a founding member of Pentecostal denomination, United Pentecostal Church of Great Britain and Ireland (UPC), where he served the church in a number of roles.  He was on the General Board for 35 years, and served as Missions Director for 25 years, during which time the growth of the Organisation expanded throughoutGreat BritainandIreland.

Very much concerned with church unity, Bishop Sappleton worked alongside leaders of numerous Apostolic denominations here in the UK, including the late Bishop Pitt, of the Pentecostal Assemblies of the World; and Bishop Leon White, founder of the Bible Way Church of our Lord Jesus Christ; Bishop Harry McFarlane, of House on the Rock in Bethnal Green, London, and Bishop Sidney Dunn of Bethel United Church of our Lord Jesus Christ.

Bishop Sappleton was born inJamaicain 1935; became a Christian in 1953, and immigrated to theUnited Kingdomin 1960. He started pastoring in 1969, and was appointed pastor ofCalvaryTemplein 1975.

He was married to his late wife, Catherine May, in 1963, with whom they had four children.  He is survived by a son, David Mark; daughter, Susan Grace, and six grandchildren.