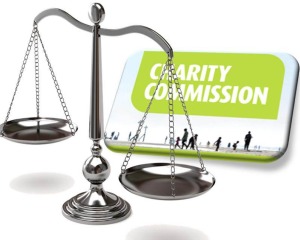 I was fortunate enough to be able to attend an interesting meeting recently, which was centred around whether charities deserve the public trust they enjoy.

Hosted by the Charities Commission, the meeting highlighted a number of things. It was surprising to learn that charities are still one of the most trusted groups, with only the police and doctors being more highly trusted. I also learned that 96% of the public felt it was important that charities provide the public with information about how they spend their money. Other findings coming out of this meeting included:

Several charities have recently come under fire for fraud.  One case involved Astonbrook Housing Association where, instead of using money to house asylum seekers, they made out cheques to themselves that appeared to be payments for legitimate goods and services. They then laundered the money through various companies by buying houses, with much of the cash they received going to bank accounts in Dubai. As a result, some of the trustees were convicted of conspiracy to defraud, and money laundering, and received sentences of between 18 months and four and a half years.  What was more alarming was the fact that those convicted came from the BAME community!

The Charities Commission is clamping down much harder on charities now, so don’t get caught out.  The case below illustrates the importance of good governance and compliance.

X Christian Centre, in North East London, came under fire recently when it failed to file its accounts on time with the Charities Commission.

Coupled with all this, X Christian Centre received an unexpected letter from the HMRC, stating that they needed to account for every item of spend (yes, every single item). Thankfully, X Christian Centre had a separate account for their charitable/church activities,  which meant that this was not  nearly as onerous as it could have been!

Lesson learnt here is to ensure you get your Accountant to do your accounts in good time.

Responsibility of the Church

Whether you agree that churches need to take their charitable status seriously or not, the Scriptures make it clear that this is a responsibility of the Church.  Churches need to be careful as to how donations are spent. It will be difficult to argue that these are used primarily to pay for salary costs – even Jesus stressed that tithing was good – but actually, there were more weighty things, such as seeking justice and showing mercy (Matthew 24:28, also highlighted in the book of Jeremiah Chapter 22).

Measuring impact is now very much on the agenda and, in particular, the impact one is making to the lives of their members and the community at large. So let’s take heed: “A prudent man foresees evil and takes refuge, but the simple pass on by and are punished” (Proverbs 22:3).

Be wise and take action!

Lara Rufus BA, MSc  is Managing Director of Crowne Consultancy and former Chair of the Black Fundraisers’ Network.  Email lararufus@yahoo.co.uk for help with fundraising or support around governance. 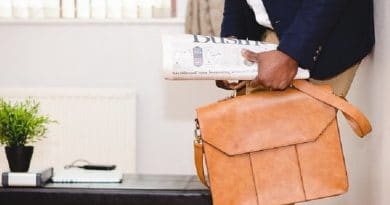