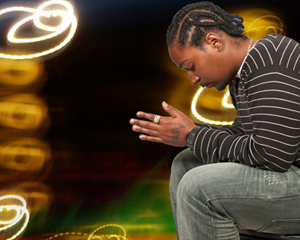 “God has an interest in every aspect of our lives, and wants us to turn to Him for help, inspiration and direction at the start of a New Year.”

A New Year brings with it a renewed focus on prayer. Marcia Dixon reflects on some of the great prayers in the Bible, and the spiritual lessons we can learn from them

With the approach of a new year, many churches focus on prayer and fasting. This focus on prayer is true for individuals, couples and families, too. Some people go away on prayer retreats; others shut themselves away to hear God’s voice, whilst others bring family and friends together to call on God for strength and guidance during the New Year.

What is evident in all instances is that God has a plan and purpose for everyone’s lives. He’s also concerned about our ministries, businesses, places of work – in fact, God has an interest in every aspect of our lives, and wants us to turn to Him for help, inspiration and direction at the start of a New Year.

The Bible is filled with examples of the different types of prayers people prayed. For instance, there is the world famous Lord’s Prayer (Matthew 6:9-13), and Jesus’ prayer for church unity (John 17:20-26). There is King Hezekiah’s prayer for God to heal him of sickness (2 Kings 19:15-19) and Hannah’s prayer for a child in (1 Samuel 2). There is also the tax collector’s prayer for mercy in Luke 18:13, and Daniel’s prayer for God to show mercy to the captive Jews (Daniel 9:9-14).

These prayers are a reminder that God is concerned with all aspects of life, and should make us realise that we can literally pray about any issue that He brings to our minds.

Here our three prayers from which we can learn and apply the principles inherent within them to our own lives.

THE PRAYER OF JABEZ

Along with the Lord’s Prayer, the Prayer of Jabez is one of the most well-known and oft-quoted prayers in the Bible.
Although it only takes up two Bible verses (1 Chronicles 4:9-10), the story of Jabez and his prayer packs a punch. We learn that his mother gave birth to him in pain; that he was more honourable than his brothers, and that he prayed the following prayer to God: ‘“Oh, that You would bless me and enlarge my territory! Let Your hand be with me, and keep me from harm, so that I will be free from pain.” And God granted his request.’

Jabez’s prayer indicates that he wanted to experience God’s blessing, presence and guidance, and it’s notable that the Bible mentions that he was a man of integrity and principle, which may partly explain why God granted his request.
Prayer pointers: As you make your plans for 2013, ask God to increase your sphere of influence; to bless you in manifold ways; to protect you from harm, and that He helps you to live a life characterised by integrity, just like Jabez.

Sodom is noted in the Bible as a place where great evil took place, because there was such a total disregard for God’s laws, so much so that God eventually destroyed it along with Gomorrah. Prior to its destruction, Abraham pleaded with God not to destroy the city, stating, “Will You sweep away the righteous with the wicked? What if there are fifty righteous people in the city? Will You really sweep it away and not spare the place for the sake of the fifty righteous people in it? Far be it from You to do such a thing—to kill the righteous with the wicked, treating the righteous and the wicked alike. Far be it from You! Will not the Judge of all the earth do right?” (Genesis 18:23-25).

God responded to Abraham’s prayer, stating He would spare the city if He found righteous people living there. None were found, and the city was destroyed. What is evident from this story is that God does listen to our cries for mercy on behalf of others, and prefers to show compassion and love rather than dish out punishment.
Prayer pointers: During your times of prayer, ask God to have mercy on individuals, communities and nations that are straying far from His ways, and pray for opportunities to pray and declare God’s message of salvation and righteousness.

PAUL’S PRAYER FOR THE EPHESIANS

The Apostle Paul provides much of the theological framework for the Gospel message with his many New Testament letters. The Book of Ephesians contains a number of powerful prayers, which contain the Apostle’s wish list of how he would like Christians in Ephesus, and across the world, to grow in spiritual maturity.
In Ephesians 1:17-19, Paul asks God to fill readers with spiritual wisdom, revelation and enlightenment, along with spiritual power.

Paul takes his prayers to another level in Ephesians 3:14-20 where he asks God to give the church spiritual strength, power, love, and understanding so that they are able to grasp the magnitude of God’s love, experience the fullness of God, and recognise that God is able to do all things – including those things that seem impossible.

PRAYER POINTERS: Ask God to reveal to you the deep things of the Spirit, so that you come to a greater understanding of His power, love and awesome ability, in order that you can have more spiritual strength, joy and mountain-moving faith. 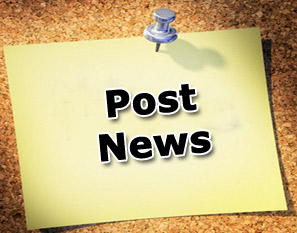 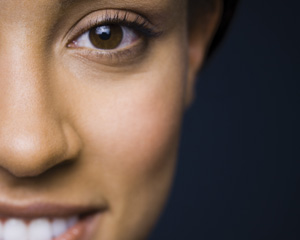