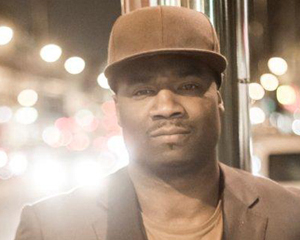 One UK gospel artist you’re set to hear more of in 2013 is rapper, Junior Billy Jets Skerrett. He has recently released his new video single, My Friend, featuring reggae artist Color T and singer Comfort Divine. The song chronicles Junior’s relationship with Jesus, and how it has impacted his life. Raised in a Christian home, Junior started hanging out with his non-Christian friends during his teens; got caught up in criminal activity, and ended up in prison for burglary. Upon his release, Junior changed his life around, and in 2004 recommitted his life to God. Since then, Junior has been attending Ruach Ministries in Brixton, where he has served in the prayer team, and has encouraged young converts to attend discipleship classes. He has also been involved in reaching the masses via music and, in 2010, released a compilation CD called Intercession, featuring tracks by himself and a host of UK artists including Guvna B, Victizzle, Karl Nova, Aundrea Nyle and many more. To date, 16,000 copies have been sold. For the moment, though, Juniors ’ focus is on letting the world know that Jesus is his Friend.

Don Moen Gets His Igbo on in Studio with Frank Edwards

Where are all the female musicians? by Millicent Stephenson