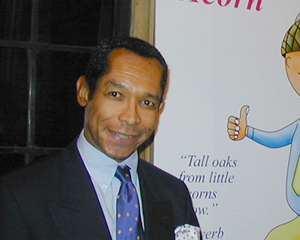 Lord John Taylor of Warwick, the first Black Tory peer, hit the headlines for all the wrong reasons in 2009, when news that some MPs and Members of the House of Lords had disclaimed expenses.

There was public outrage, as details of some of the expenses claims were revealed, and Lord Taylor was amongst the small band of politicians who were brought before the Court for their misdemeanours. Lord Taylor was given a 12-month sentence in May 2011.

Having paid his debt to society, Lord Taylor is keen to make amends by continuing to play a role in public life, as well as helping those who are marginalised and promoting diversity.

A committed Christian, who was born to Jamaican parents, Lord Taylor spoke to Keep The Faith about his hopes for Christmas, life in prison, and how his faith in God is helping him to rebuild his life.

KEEP THE FAITH (KTF): Christmas is a special time of year for Christians. What does this season conjure up for you?
LORD TAYLOR OF WARWICK (LTW): Rest and hope for the future. It is a time to really thank God for His mercies and daily blessings. This Christmas will be different, in that I am due to be singing in front of 5,000 people as part of my church choir. That may explain why there has been a sudden increase in the purchase of earplugs locally!

KTF: How will you be celebrating Christmas this year, and what gifts are you hoping to receive?

LTW: I will be celebrating with my three children and also meeting friends. I like giving presents more than receiving them. But a really surprise gift would be my team, Aston Villa, winning a football match. I believe in a God of miracles.

KTF: 2012 has been a difficult year for you. You hit the headlines when the MPs’ expenses scandal was exposed. What were your initial reactions when the story became public?

LTW: It was a very confusing time, since I had entered politics to try and help others, not to gain financially. I had left a lucrative profession as a barrister and judge, to become an unpaid Peer. It would have been very easy to have been consumed by my emotions, but I knew the only way that I was going to survive was by faith, not fear. From the beginning, I was very grateful that all of my friends stood by me.

KTF: The subsequent court case… that must have been trying?

LTW: Yes, the court case was conducted very much in the media spotlight. There were a lot of racist and abusive comments on the Internet. I kept thinking about my mother, who had died some years before. I felt somehow that she was with me and encouraging me. I also felt in a deeper way the power of God’s Word, and the importance of declaring it out aloud.

KTF: You were sentenced to a term of imprisonment. Was that a shock?

LTW: I had been warned that the Judge would be under a lot of media pressure to imprison any parliamentarian in these circumstances. During the trial, I had become friendly with the dock officer. He is an Arsenal supporter, and we had often discussed why our teams never seem to win anything. When the Judge sentenced me, the officer seemed more distressed than I was. He kept apologising to me as he put the handcuffs on me and led me down to the cells. I kept telling him not to apologise, because he simply had a job to do.

KTF: How did you cope with life in prison, and did your faith in God help you in any way?

LTW: I had more time to reflect and read the Bible. I was encouraged by reading more deeply about the lives of Joseph, Daniel and Paul. Obviously, I cannot compare myself to them, but God sustained them during times of captivity. I also experienced God’s love through the friendship and compassion of other prisoners. Many seemed grateful for the advice I gave them about their own problems. There was one Black guy in particular, who made the most delicious porridge I have ever tasted. He assured me that none of the ingredients were illegal, and we prayed together regularly. I was grateful for all the supportive letters I received from other parliamentarians and members of the public. But what really surprised me was the kindness of some of the prison officers, who have a very difficult and potentially dangerous job to do.

KTF: What would you say are the major life lessons you learned from this experience?

LTW: Life will have its ups and downs, but it is vital to keep a sense of praise and worship in all circumstances. I have been through many obstacles in life, and made many mistakes, but God has always sustained me and brought me through. My friends and family are even more important to me now than before. I seem to appreciate simple things like a smile and a handshake even more nowadays.

KTF: On the day you were sentenced, a number of church leaders asked the Black Christian community to pray for you. Did you hear about this? What’s your view on hearing about it?

I did not know this until now. This makes me feel very grateful and humble. I do need their continuing prayers. Politics is not for the fainthearted, and I know I cannot be effective without the power of prayer. When my mother was alive, she was my main intercessor. Even though she passed away some years ago, I still feel the power of her prayers. She was small in stature, but big in spirit.

KTF: You are still a member of the House of Lords. How do you see the way forward for you now, given the obvious setback in your personal and public life?

LTW: With prayer support and God’s guidance, I believe I do have a continuing role to play in the House of Lords. Because of my recent experiences, I have an even deeper understanding of how the marginalised in society feel. I am also in a position to communicate the inner workings of Parliament and Government to the Church. I am passionate about racial and other forms of diversity in the workplace, and am asked to speak on these issues at conferences and seminars. I have also been appointed as a Non-executive Director of the new National Standards Agency, which helps to promote more diversity in business and in the public sector.

KTF: Do you believe you still have a role to play in British political life and, if so, in what way?

LTW: I can use my role in the Lords to continue to speak up for the underprivileged. On my wing in Wandsworth Prison, most of the prisoners were young Black men. There are more Black males in prison than in college, and that has to change. I am already on the All Party Parliamentary Penal Affairs Committee, and am advocating for more education and training in prisons. As a former Chancellor of Bournemouth University, I understand the importance of education. I will also use the platform of my charity, The Warwick Leadership Foundation, to continue mentoring young people. Over the last five years, we have mentored young people from over 50 nations.

KTF: What do you think the Black Church community needs to do to engage effectively within the political sphere?

LTW: Apart from voting, the Black Church community needs to become more actively involved in politics. I came from a relatively poor background, with no silver spoon. But I was elected as a School Governor and then local Ward Councillor. I gradually worked my way up to become a Government advisor, parliamentary candidate, then a Member of the Lords. It was very hard work, but it was a privilege to try and help people on the way. There were some very difficult times, such as my racist experiences as a parliamentary candidate in Cheltenham. But this just made me mentally stronger and more determined not to give up.

KTF: From your position as an insider looking out, how do you think the Black Church community is viewed within political circles?

LTW: The political establishment is not very familiar with the Black Church community. I feel privileged to be one of the few parliamentarians with some understanding of both worlds. But there needs to be a closer association between the two. When I became the first Black person to be appointed as a Government Special Advisor, I arranged for a group of Black Majority Church leaders to meet Government ministers. I want to build on that, by facilitating regular dialogue between the Black Church and our nation’s leaders. When I was a member of the SCAR (Sickle Cell Anaemia Relief) Committee, I learned an early political lesson, that you cannot influence Government policy from the sidelines.

KTF: One of the great things about Christianity and the Christmas story is that it is a message of new birth, peace and hope. What message of hope would you like to share with KTF readers?

LTW: God sent His Son Jesus to die for our sins 2,000 years ago. We are Righteous, not by our own efforts, but because of His supreme sacrifice. As a result, we are not striving for victory, but from a position of victory. Whatever life brings our way, with Christ we are victors, not victims. The Christmas story is one of rebirth, and I feel like a man reborn, through God’s grace. 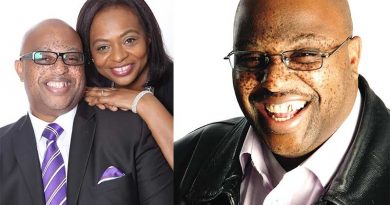