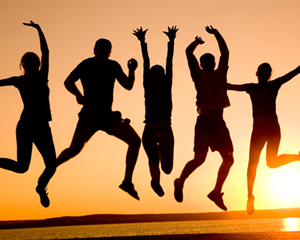 It’s three times the size of the United States, and is ethnically and culturally the most diverse continent on the planet. Jubilant, triumphant, rich, dynamic, diverse and mysterious. Familiar, yet with so much untapped potential. Where are we talking about? Africa.

Well, next 4th July 2013 – American Independence Day – Africa is going to America. That’s right. From Thursday 4th to Sunday 8th July – Independence Day Weekend – Los Angeles, the home of Hollywood and the entertainment capital of the universe, is going to play host to one of the biggest Africa-focused events ever held: AFRICA LIVE 2013.

AFRICA LIVE 2013 will be a celebration of music, fashion, film, food, lifestyle, culture and so much more. The four-day festival will bring together the continent’s biggest stars from film, music and fashion to appear alongside some of the world’s biggest entertainment icons.

AFRICA LIVE 2013 is going to be hosted by the OHBoX, an IPTV platform being launched by the same people who brought us OH TV, and is the brainchild of OH TV CEO, Akin Salami. “What we want to do is to take the very best of Africa and bring it to the entertainment capital of the world.”

With Afrobeats music, Visions Film festival, Voice of Africa unsigned talent and VIP Gospel Brunch, it is clear that AFRICA LIVE 2013 and the OHBoX plan to take LA by storm.

Speaking about the event, Salami is obviously excited about AFRICA LIVE 2013, but I had a couple of questions. I ask him, Why LA? Why 4th of July? Why Independence Day? And what is the OHBoX?

“The OHBoX is an IP TV platform, aimed at a global Black audience. With the OHBoX, we aim to create a place where you can get the very best of Black content wherever you are in the world. Our mission is to bring together and support the Black Diaspora.

As part of our USA launch strategy for the OHBoX, we had originally planned to put on a smaller scale Afrobeats festival in LA.

In the process of putting this together, one of our contacts in the States told us about an amazing venue in downtown Los Angeles called LA LIVE.

The venue is owned by AEG, the same people who own the O2 complex in London. It is a $2.5 billion entertainment complex, with over 5 million square feet of apartments, ballrooms, concert theatres, restaurants, movie theatres and a 54-storey hotel. They have held everything there, including the MTV Awards, BET Awards and huge concerts.

We flew out to LA to meet with the AEG team, and began talks about our event. We quickly realised that there was a great opportunity to expand the scale and scope of the event. From there, we met with one of our international partners who loved the idea; one thing led to another and AFRICA LIVE was born. Once we had decided on AFRICA LIVE at LA LIVE in July, we were drawn to the July 4th Independence Day. It worked for people coming over from Europe and Africa; it also worked for people in the States, as it is a family holiday weekend.

For four days, we are going to take over downtown LA, with nightly parades, concerts, food fairs, comedy and fashion shows. It is going to be amazing.

We already know that thousands of people are going to be flying into the States from all over the world – as well as the people already in the US – to enjoy an incredible and unforgettable couple of days. People are already booking their holidays! I am telling everyone to book early, as it is going to be a sell out!”

So there you have it, from the horse’s mouth. AFRICA LIVE 2013 promises to be an unforgettable event in next year’s calendar. Put the dates in your diary; they are easy to remember – 4th to 8th July 2013.

To find out more about how you can be a part of AFRICA LIVE 2013, go to africalivefestival.com.

For your chance to win an all-expenses-paid VIP trip for you and a friend to LA to attend Africa Live 2013, join the ’I’M FLYING TO LA CLUB‘ now, at www. facebook.com/africalive2013, and follow on Twitter @africalive2013.

The adventure doesn’t end here; once you have arrived there, you will be given an access all areas VIP pass to all events, so you can hang out with the stars. 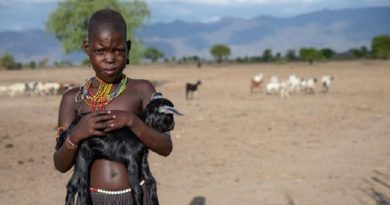