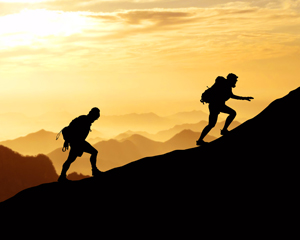 “The ability to remain focused and to realise our New Year’s resolution is more likely to be retained, if our focus is not solely on achieving a goal that only benefits us as individuals, but that also makes a contribution to the lives of other people.”

It Is Possible To Keep Your New Year’s Resolutions!

Very few people keep their New Year’s resolutions.  Rev David Shosanya demonstrates how you can achieve your 2013 goals if you are determined, have faith, and call on God for help

It is normal at this time of year for individuals to be focusing on what their resolutions are for the New Year.

Perhaps the most common New Year’s resolutions are centred on our aspirations regarding our families, our health and our work: we want better relationships; a better quality of life; a greater sense of wellbeing, and a better work-life balance. They are no doubt noble and worthwhile aspirations which are to be encouraged. However, they are also often very short-lived, and equally focused on and driven by our own personal needs and interests. In other words, our resolutions are unintentionally, disproportionately, excessively focused on the here-and-now, on the immediate feelings of success or accomplishment that we experience, both in respect of our personal needs and spiritual aspirations being realised, rather than on longer term and more substantive changes.

Research conducted by Professor Baba Shiv at Stanford University has conclusively demonstrated that the lack of willpower needed to make resolutions successful is determined by the strength of the ‘reward’ brain cells that operate willpower, which are located in the prefrontal cortex, the area right behind the forehead.  The prefrontal cortex is the part of the brain that is also responsible for helping us to stay focused; handle short-term memory, and solving abstract tasks.

The point being made is not that New Year’s resolutions should not be a feature of our lives as Christians. Any resolve to improve on who we are is biblically based and commendable. If they assist and inspire us to make small, cumulative changes over a prolonged period of time, then they are worthwhile and will no doubt enhance our lives. However, if they are purely emotional and sentimental desires that we have naively embraced without intentionally counting the cost then, regrettably, they will fail, and we will be left feeling disappointed and frustrated, perhaps even believing that we have failed ourselves as well as God, and end up feeling discouraged or spiritually attacked.

So what do I suggest? Firstly, be practical about what you want to change, and how you are going to change it. Secondly, set achievable goals that are easily attainable, so you can be motivated by realising them. Thirdly, be realistic about the time and energy – read determination – that it will take to create new habits that will replace the old ones. Fourthly, create a plan that outlines how you are going to create the new habit. Write it down. Discuss it with a friend (one that knows what they are talking about). Review it. Make the necessary modifications and/or adjustments that are required. Don’t be rigid! Be determined and philosophical when you ‘fall off the wagon’ and lose your way. Get up and try again. Pray for the help and assistance of the Holy Spirit.

The ability to remain focused and to realise our New Year’s resolution is more likely to be retained, if our focus is not solely on achieving a goal that only benefits us as individuals but that also makes a contribution to the lives of other people, even if indirectly. This does not mean that formulating a New Year’s resolution should have no personal benefit. It should. Rather, I am suggesting that being motivated not only by what you want to achieve, but also by what you want to outlive you, ie. your legacy, gives additional impetus.

My hope and prayer is that the many New Year’s resolutions that we have made will be a source of inspiration to us and to those around us.