Ruth Dickson regularly travels to Africa – usually Rwanda and Uganda – to do missions work with young children.  She also records worship music, usually of the more reflective kind, to inspire believers as well as to raise money for her missions work.

However, new things are going down with Ruth in 2013, after teaming up with producer and DJ, Ibe Otah (who has worked with UK artists Guvna B, Gifted and Ni-Cola, to name a few).  He’s added a new upbeat touch to her music.

This is highlighted with her new single, ‘My Jesus, You Reign’, which Ibe has produced.  His production touch will get people dancing in the aisles and, more importantly, worshipping Jesus.

Ruth admits this new release is a departure from her usual sound. “When I first heard the remix, I laughed out loud because it was so different from what I was used to.”  However, the great thing about ‘My Jesus, You Reign’ is that it’s introducing her music to a whole new audience, which can’t be a bad thing.

Email ruthie.dickson@googlemail.com for information on how to get your copy 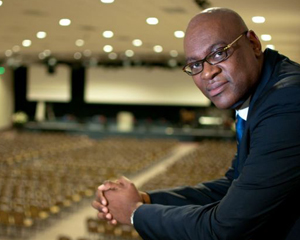