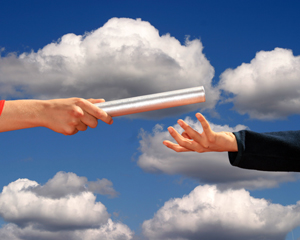 “Biblical history is rich with examples of leaders who understood their duty to the future, and accepted their own limitations by co-leading at varying degrees with younger leaders.”

Pastor Celia Apeagyei-Collins writes that churches can prepare young people for leadership by giving them opportunities to lead, so they learn firsthand from more experienced leaders

Leadership is God’s ideal for every human being, and should be an integral part of what we pursue and produce.

Like beauty, leadership is hard to define, but is recognisable.  Leadership is INFLUENCE – the means by which one person modifies the attitudes, behaviour and actions of others, mostly towards a purpose. POWER, which can be defined as a leader’s position, values, character, charisma, expertise and competence, as well as resources, is what enables leaders to influence.

No one looking at the state of our world today will disagree with the assertion that we are in short supply of morally-sound, solution-oriented leaders.  This fact is exemplified by nations lacking morality, ineffective governments, dysfunctional families, and Christian communities struggling to make impact.

Yet, communities can be changed when they are influenced by transformational leaders. Such leaders don’t just appear, but must be developed and deployed proactively for all spheres of life.

Transformational leadership occurs “when one or more persons engage with others in such a way that leaders and followers raise one another to higher levels of motivation and morality.”   Howard Hendricks says, “The greatest means of impacting the future is to build into another person’s life”. Within each Christian leader is the potential for limitless reproduction – which is our task.

Traditionally within the church, leaders are mature in age, but what about the forgotten force of young emerging leaders?  Joel 2:28: includes them as an integral part of God’s end time army.

Biblical history is rich with examples of leaders who understood their duty to the future, and accepted their own limitations, by co-leading at varying degrees with younger leaders, appreciating the fact that the young had fresh perspectives as well as skills and anointings needed for the future.  God used this model as a way of preparing people for key tasks.

Leaders possess something unique and peculiar to impact the seasons and generations they live in.

David’s request to build God a house was refused, because David’s hands were bloodied.  Warfare was about to be replaced by seasons of peace and economic boom. Neither David nor Adonijah, being warrior leaders, had the necessary skill sets required to lead Israel into this new and unfamiliar season.  God provided Solomon, who had different thought patterns.   “My son Solomon, whom alone God has chosen, is young and inexperienced, and the work is great” (1 Chronicles 29:1).

David mentored Solomon by sharing success secrets and affording him internship opportunities, by co-reigning with him while he was still king.  Solomon gained confidence, ‘experimenting’ with leadership in a safe environment, accessing David’s contacts, etc.  Discerning Solomon’s administration to be different, David doesn’t ask Solomon to mimic him, but allows for essential change and creativity. Emerging leaders don’t want to be ignored, tolerated or controlled; they desire mentoring and opportunities to lead.

When Moses died, Israel’s future was secure; a young capable leader, Joshua, had been developed over many years, having served and co-led under Moses.  Timing was strategic.  As Israel’s first Prime Minister, putting policies and infrastructure in place and a great administrator, Moses realised that the unction for leadership in the future was going to be different, so he nurtured Joshua the young warrior into leadership.

Joshua observed Moses’ relationship with God; learned management skills, vision casting/implementation, etc.  Moses, discerning that Joshua was not administrative like him, but was skilled in warfare, allowed him to lead battles.  Without both generations co-leading with their unique capabilities, the battle against the Amalekites would have been lost.   Later, under Joshua as senior leader, Israel won greater victories, because Joshua had been allowed to hone his skills under a leader with foresight.

Jesus and Paul put their protégés into leadership positions, and trusted them to represent them whilst they were still alive.  Today, God surrounds us with potential young leaders who hold the key to Kingdom advancement.  We need to give them a chance.

I am someone who was given early leadership opportunities.  Pastor granted me opportunities to contribute to decision making, as well as learn from my mistakes. At Rehoboth Foundation, we have young people from our Young and Emerging Leaders Forum on our Board, and I admire their insightful perspectives, zeal and efficiency. Leadership is less a theoretical matter than an actual hands-on, ongoing practice.

Leaders desiring to impact the future, and raise up a generation of young leaders need to:

Co-leading remains one of the few options for developing strong, effective leaders who, through modeling, leading and mentoring, will learn the art of leadership.  This method can help reduce the tendency among church leaders to cling to power, and ensure that no season lacks adequately prepared leaders.  “The man who beats the drum doesn’t know how far the sound goes.”

Pastor Celia Apeagyei-Collins is CEO of the Rehoboth Foundation, which provides leadership development, and runs the mentoring organisation, ‘The Company of Women’.  Visit www.rehobothfoundation.com for more details