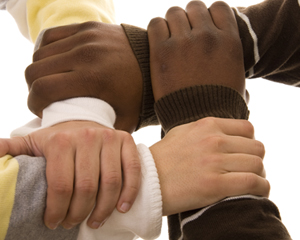 “I refute the idea that Britain, indeed the world, accelerated by Obama’s continuing
presidency, is now post-racial.”

IS BRITAIN A POST-RACIAL SOCIETY?

Racism provides both the social rationale and philosophical justification for demining,
degrading and doing violence to people, simply on the basis of their colour and ethnicity. It
can be covert or overt, invisible or visible, unspoken or spoken, institutional or otherwise. Its
scope, however, extends to every level and area of human society, culture and psychology.

In spiritual and biblical terms, racism is an all-pervasive sin that violates the Gospel message
and dehumanises humanity created in the image of God. Put simply, racism negates the
reason for which Christ died – the reconciling work of the cross. It denies the purpose of the
Church – the unconditional affirmation of all God’s people, regardless of colour or creed.

Conversely, a society where people of colour are affirmed, their gifts flourishing, and
colour not a deterrent to individual or collective success, and where equality and justice are
celebrated and correctly administered, only when these qualities are present, then, perhaps,
Britain can be described as a post-racist society.

What is a post-racial society – a term that came into being following the election of Barack
Obama as the first president of the US in 2009? The Urban Dictionary defines post-racial as
“a term used to describe a society or time period in which discussions around race and racism
have been deemed no longer relevant to current social dynamics.”

To a degree, I can get my head around those with a paler complexion who say we live in
a post-racist society. It is not their reality; it is not their pain. Their lives have not been
characterised by oppression per se, but by power and White privilege. What I cannot get
my head around, however, are the many Africans and Caribbeans who claim that we live in
a post-racist society, not least because – for many of us – our point of departure is so very
different from many White people. Frankly, I find the thought disturbing.

The claim is insensitive to the swathes of Africans and Caribbeans who experience racism
– some on a daily basis. It shows a complete disregard of the meaning of Black history, and
demonstrates a very limited understanding of how the world is governed. It is not just a
sad and disappointing perspective, it is wholly inaccurate, usually endorsed by Africans and
Caribbeans who have got to the top of their game with relative ease, and who interpret the
world through their own spectacles of successes, triumph and power. Yet successes and
triumphs are not the reality for many Africans and Caribbeans in this country.

David Lammy MP rightly said, “All unemployment is equally tragic, but women from
Black and ethnic minority backgrounds face a greater challenge to enter the labour market
than most.” An All-Parliamentary Group report stated that the overall unemployment
rate for ethnic minority women was 14.3 per cent compared with 6.8 per cent for White
women. Among Pakistani and Bangladeshi women, it rose to 20.5 per cent. Vivienne

Hayes, Head of the Women’s Resource Centre charity, said, “Ethnic minority women face
racism, and it can be subtle or it can be explicit. Either way, we know for a fact it exists;
it affects the opportunities those women get, and the power they hold in society. This is
institutional racism. An unspoken evil, so sophisticated in its movement it can barely be seen.
It renders silent even the most powerful of people. It works less by the spoken word and
more by posture, movement, a look of distrust, a subtle innuendo. It is a foreign language,
interpreted by those who can speak it as isolation, exclusion, glass ceiling, so far no further,
but sometimes misinterpreted by its victims as friendliness, affirmation, progress, even
benevolence- yet it can never be benign. It is malignant and totally violent, present in so
many British institutions – private, public and voluntary sectors – and that includes the
Church. It is a reality for many Black people.”

I refute the idea that Britain, indeed the world, accelerated by Obama’s continuing
presidency, is now post-racial. Africans and Caribbeans, who subscribe to this opinion,
have either been blinded by their own success; have little or no concern for those who are
frequently marginalised, or are trying to shore up their position in their workplace, or just
don’t get it.

A great deal has changed from the days of anti-colonial writers, such as CLR James, Ngugi
Wa Thiong’o, Frantz Fanon and others. But nobody can ever convince me that the underlying
structures of oppression and injustice have changed dramatically. Empire shaped the
current national identity of Britain, France, Spain, Portugal and the Netherlands, and Empire
continues to play a pivotal role in the psychological make-up and political and cultural
outlook of the Caribbean, Africa and Asia. The old European empires have been replaced
by a new Empire, a hegemony that wants to rule and mould the world into its own image.
Its war on terror has become a licence to flout international law and human rights. Racism
has become the fortress of Europe – evident in the emergence of the extreme right in parts of
Europe. Agreed, direct colonialism is not practised in many parts of the world, but indirect
colonialism, which is racism made manifest through economic power (trade barriers, for
example), is a global issue, which impacts the Caribbean and Africa and other countries.

A post-racist society? Evidence in this country and abroad suggests that racism will be
around for a long time, and will only end when Christ returns. 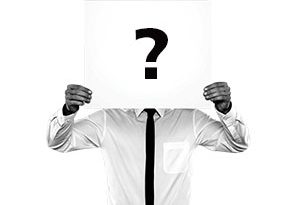 The power of a name by Rev Wale Hudson-Roberts 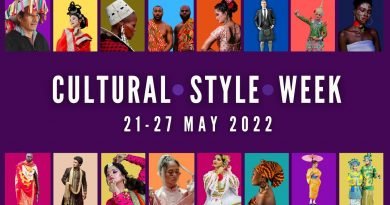