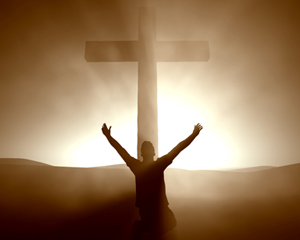 The Power Of Love At Easter Time

I love Easter. I love being reminded of the sacrifice Jesus made, in order to ransom my soul from hell; cleanse me from my sin, and enable me to renew my relationship with God, my heavenly Father and Creator of the universe.
Some people describe Easter as the Divine Exchange, where Jesus laid down His life for humanity, in order that those who accepted the sacrificial nature of His death could experience an abundant life.
It can be quite difficult to share the reality of Easter in the modern world, because some don’t believe in the literal resurrection of Christ from the dead, and others don’t even believe they need a Saviour to save them from their sins.

This is partly due to the march of secularism, which is slowly removing God from public life, and also because there is a prevalent belief in society that nobody – let alone a religious institution like the Church – has the right to tell anyone how to live their life, never mind the fact that their sins – or to use a modern term, ‘wrong behaviour’ – are stopping them from having a fulfilling relationship with God.
The Church, quite rightly, is always grappling to find effective ways to share the Gospel message, particularly during key religious festivals like Easter.

One way of doing so must be to remind the world of the abundant life people have experienced when they’ve accepted God’s gift of salvation, and how they’ve seen their lives and, more importantly, their characters transformed as they draw closer to God and learn about Him through studying the Bible.
Churches are filled with all kinds of people: some are supremely successful; others have experienced a crisis, and some have very anti-social lifestyles who, somehow, found peace, fulfilment and joy in responding to God’s message of salvation, and who, as a result, live lives that are characterised by good works.
Easter is also a demonstration of God’s love for humanity, and Christ’s willingness to lay down His life as a sacrificial offering for people’s sins.

It’s quite right that one of the most quoted Scriptures is John 3:16, which declares, “For God so loved the world that He gave His one and only Son, that whoever believes in Him shall not perish but have eternal life,” because, more than anything, Easter is a love story – of God’s love for humanity, and the lengths He has taken to demonstrate that love.

STOP BLAMING OTHERS FOR LIFE FAILURES

A story headlined ‘Brooklyn Homeless Man Sues Parents For Not Loving Him Enough’ on a US website recently caught my eye.

Bernard Anderson Bey, 32, has sued his mother and stepfather for $200,000 because, he claims, he felt unloved and abandoned by them whilst growing up, and is now homeless as a result.

It’s unfortunate that we live in an era where big grown adults like to blame their parents for problems they experience or for their unfulfilled ambitions. That’s not to say that an individual’s upbringing does not impact one’s life, it does. But no-one needs to make what they are taught or experienced whilst growing up – particularly if it was wrong, bad or sad – define how they live their life.

There comes a point where every person, no matter how negative their upbringing, has to take responsibility for the decisions they make, and for the actions they take when they become an adult. I’m always amazed and inspired when I meet people who have had the most awful childhood or experiences, but who, through the help of God, the church, an individual or a charitable organisation, are able to turn their lives around and live fruitful lives. Such individuals demonstrate the power of the human spirit to overcome negative experiences.
An individual can’t keep blaming others for their poor life choice. So my advice to Mr Bey is, forgive your parents for any mistakes they made whilst raising you; take responsibility for your life and where you currently find yourself, and use the gifts, talents and ability God has given you to make a success of yourself. It’s possible to do so.

DON’T BE AFRAID OF JUDGING

I recently came across a tweet from Rick Warren, which stated, “The fear of being judgmental has left our culture paralysed by the lack of good judgment.”

His statement strikes a chord, because we live in an age that’s become so politically correct, that Christians are frightened of being called judgmental and of correcting fellow believers when they live lives contrary to Scripture.
Christians have a duty to help a believer get back on the right spiritual track if their life and/or behaviour are not being influenced by God’s Word. John 7:24 states, “Do not judge by appearances, but judge with right judgment.” Right judgment means judging using the Word of God.

If the goal of every Christian is to be like Jesus, then we must be humble enough to accept the loving correction of fellow believers. Proverbs 27:17 states, “As iron sharpens iron, so one person sharpens another.” And it’s so true. We help each other become all that Christ wants us to be. So, the next time you see your fellow believer walking down the road that leads to destruction, say something. You’ll be doing them a favour, and might just save their soul from spiritual death. 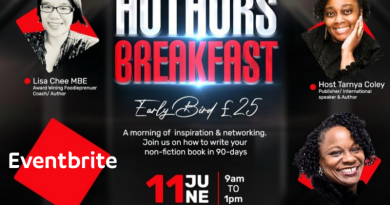 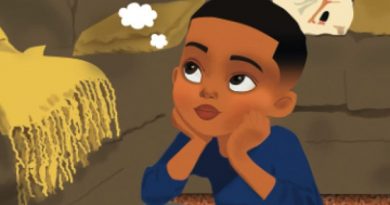