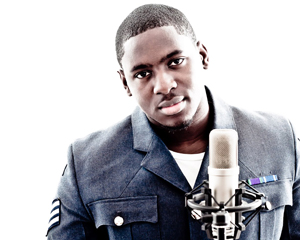 Rapper, preacher, poet and motivational speaker, Lyrical Soldier, has scored a first for a gospel artist, and hit the Number 1 spot of the Independent Chart with his new EP, ‘Rise Up’. He spoke to Keep The Faith about his success and plans for the future.

KEEP THE FAITH (KTF): How did you feel upon hearing that your EP Rise Up had hit the top of the Independent Chart?

LYRICAL SOLDIER (LS): I was very shocked to be honest. I was told that to even get into the Top 40 would be a great achievement, so to get to Number 1 is unbelievable. All glory belongs to God.

KTF: Your EP features collaborations with Papa San and Bobby Bovell. How did you get them involved in your project, and what was it like working with them?

LS: When we decided to do a reggae remix, Papa San’s name came straight to mind. We contacted his management, sent off the songs, and he loved the concept and message, so agreed to jump on the project. Working with Papa San was great. His team and I have a very good relationship now, so who knows what the future holds. I personally know Bobby Bovell and know his great reggae background, so it was imperative that I also asked him to jump on the project.

KTF: You touch on ‘heavy’ themes, such as homelessness, alcoholism and crime in your music. Why is that, and how have the public responded to those kinds of themes?

LS: We wrote Rise Up around the time when a lot was going on in London: an increase in crime, alcohol abuse, unemployment, etc., so we wanted to do a song to encourage the nation that, no matter what you’re going through, you can make it – just be hopeful and believe! Hope is the ability to hear the music of the future, and Faith is having the courage to dance to it today. This message translates across all religions, ethnic backgrounds and social classes, so it has been very well received.

KTF: Aside from being a rapper, you are also a preacher and poet. How do you balance those roles, and what do you enjoy most about sharing the Gospel?

LS: I’m still trying to figure that out myself, lol. For those who know me, I am always on the move, but the beauty is that it always revolves around some sort of ministry. When you find a cure for a terminal disease that you yourself have been suffering from, you are excited to tell the world about the cure. Seeing the impact the Gospel has on lives brings me joy.

KTF: Now that your EP has reached Number 1, what other things are you hoping 2013 will have in store for you (ie. will you be touring, going abroad, etc.)?

LS: The next phase will be completing my debut album, entitled “The Transition”. I will also be touring in promotion of the album. The next tour will be ‘10 Days in Ghana’ from 1st March. I was meant to go to South Africa, but it clashed with my Ghana dates, unfortunately. I am excited about what God has in store. I just pray that I keep my eyes on Jesus and stay in His will always.

For more details, visit www.lyricalsoldier.com. Rise Up will be available on iTunes from 1st March 2013 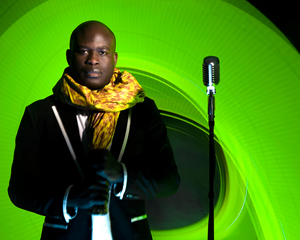 The next few months seem set to be demanding ones for Muyiwa and his band Riversongz.
He’ll be busy promoting his recently released ‘Live at the Apollo’, the CD and DVD of his historic sell-out show, which took place last June at the HMV Apollo in Hammersmith, West London.

Muyiwa became the first ever British gospel act to sell out the iconic music venue, when he performed in front of 5000 people.

The CD features 13 songs and, alongside Muyiwa and the dynamic 15-piece band Riversongz, it also includes performances from the artists that participated in the evening: Pandit Dinesh, Andrea Louise, Joelle Moses, Michele Chueng, and MOBO-award winners Guvna B and Victizzle.

Muyiwa is also set to embark on a Spring Tour later this month, entitled ‘An Intimate Evening with Muyiwa’. It kicks off on 15th March in Newcastle Upon Tyne, and places he’ll visit include Sheffield, Manchester, Dublin and Liverpool. It will culminate in another spectacular event at Indigo at the O2, Greenwich, London on 5th July.

Visit www.riversongz.com for tour dates and to buy ‘Live at the Apollo’.

Award-winning gospel artist, Faith Child, will be the new presenter for UPRISE TV, which airs on OHTV (SKY Channel 199) and profiles the urban gospel scene with a mix of live performances, videos and live interviews with its leading artist.

Faith Child, known for his funky glasses and lively stage performances, said of his appointment, “I’m looking forward to the great things that will come of it, and potentially opening doors for other artists, and doing my bit to revive the UK Gospel scene.”

To celebrate the re-launch, UPRISE TV has announced that they are looking for a co-host to co-present with Faith Child. The show’s producers want a confident, fun and vibrant person to join Faith Child on set in the UPRISE TV studio, and backstage at the best festivals and events in the UK, Europe, the US and around the world.

If you think you fit the bill, submit a 60-second video of you selling your favourite item, and send it in to uprise@ohtv.co.uk

Check out God Gave Me A Song, the latest release from Norway’s most popular gospel outfit, the Oslo Gospel Choir. Formed in 1988, the Choir recently celebrated 25 years in ministry, and has become a phenomenon over the years. They’ve toured Norway, Europe and the US, and have released numerous albums, resulting in sales of over 1.5 million units, a Dove Award, and were Norway’s best-selling recording act of the 1990s.

Alexis Spight, the runner-up in last year’s Sunday Best gospel talent show on BET, is gearing up for the release of her debut album, L.O.L (Living Out Loud) on March 12. During her stint on the show, the 19-year-old became a hit with both the judges and audience, and is looking forward to going on tour to promote her album, not only because she loves to sing, but also because she is keen to share the message of God’s love to a wider audience.

Enjoy Sing Inspiration 2013 – two nights of gospel music taking place at the South Bank on March 12. This unique event will feature performances from Jaz Ellington from the BBC TV show The Voice, MOBO Award winner Rachel Kerr, Israel Allen, and a host of funky choirs and soul groups. Tickets are £25, £20 and £16. For more details, and to book your tickets, visit www.southbankcentre.co.uk 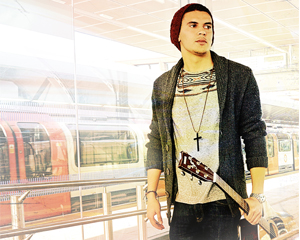 Joel Colthart is one of the new generation of young worship leaders coming to the fore and inspiring hearts. You can hear his music for yourself on his debut EP ‘Tell The Nations’, which encourages believers to get out into the wider world and spread the Gospel. It’s hardly surprising Joel has a desire for Christians to evangelise, as he’s the grandson of a pastor and son of a worship leader. His Christian upbringing means that Joel not only has a love for God, but he also loves music, particularly Black gospel, and worship music that fuses different music genres. Israel Houghton is one of his favourite artists. Joel is also an artist who lives what he sings about, and has been on mission trips to Jamaica, Ghana, Brazil and Belgium to tell and demonstrate to others the love of Christ. So, if you want to enjoy good Christian music that has won praise from worship leaders like Aaron Keyes and Les Moir, A&R Director of Integrity Music, and want to be inspired to do what Jesus commands all His followers to do – spread the Gospel throughout the world – then check out Tell The Nations. For more details about Joel’s ministry, visit www.joelcolthart.com, or follow on Twitter @joelcolthart