I’m a 27-year-old pastor, who recently became the leader of a small but growing church but, on reflection feel I’ve taken over a church where the leadership team needs a total overhaul. Some of the young women have confided to me that some of the older married men have been calling them at unsavoury hours, and saying sexually inappropriate things to them. One of the young women claims she was groped by a member of the leadership team, and that the only reason he didn’t fully assault her/have his way was because her mother came home. He was at her home on the premise he was there to pray with the mother. I feel out of my depth, but I know that God wants me to confront my leadership team and deal with this issue. Any advice you can offer would help me greatly.

Wow! Talk about being thrown in at the deep end! However, try to ascertain the facts before acting, and clarify the different aspects of the situation. I am assuming that you would like a change in behaviour and healing in the church. You may have to overhaul the leadership team eventually but, as a first step, it may not bring about the changes you desire. It might move people on to perpetrate their crimes somewhere else.

It is important that you listen to the voices of the young women who are possibly being intimidated by these older men, and that you do your utmost to respond to their concerns. Finding out exactly what is being said, frequency and timing of the telephone conversations will help you to decide your next step. You have a duty of care to all the women. Some may just want the behaviour to stop, while others may feel that their trust has been abused by those in powerful positions, and may need a process of healing. An opportunity to discuss with a Christian counsellor may be necessary, and you can discover that by speaking to them individually.

You do not say the age of the young women (especially the one who lives at home), but ‘groping’ could also be interpreted as sexual assault. You will have a responsibility to report anything to the relevant authorities for those under 18. You will need to inform the young lady that you are going to do so. Further advice can be sought from the Churches’ Child Protection Advisory Service (CCPAS).

Perhaps men in this church have grown accustomed to a culture, where sexually inappropriate behaviour towards women has gone unchallenged, and it is now considered the norm. Maybe a talk/discussion with the leadership team, followed by a church seminar, may be enough, but if the problem is deeper, you may need to consider further disciplinary measures. If your church is part of a larger organisation, then you can follow your organisational complaints procedures. If it is an independent church, perhaps the time is right to involve the church in writing one. 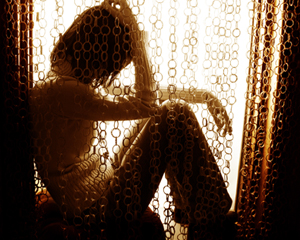 I feel under pressure. I’ve got three children under five and, although I’m married, I feel like a single parent. If my husband is not busy with his secular job, then he’s busy at church, as he’s part of the leadership team. What galls me is that, although he claims to be busy, if someone from church calls him he’ll drop what’s he’s doing with me and the kids and rush to help them, leaving me thinking ‘What about us?’ What can I do to get my husband to put his family first?

Sometimes, we get so caught up in church work that we forget that the family was created by God before the Church. As a family, ministry starts within the home, and supporting a spouse is part of this.

With three children under five, you need time: for yourself, together for your relationship, and also together as a family. Your husband may see himself as the breadwinner, without recognising the emotional support that you need. He may not be aware of how isolated you are feeling.

Having a good discussion with your husband may help. However, speaking to him when he comes home from work, or when he is on his way out in response to the phone call, may lead to arguments. Enlisting the support of family and church members as babysitters could give you an opportunity to have some time for you and some time together. During your time together, you can broach the subject of family support. It is important that you also listen to him, as he may have some issues to explore.

Despite the difficulties of having three young children, do your best to make sure that home is welcoming, and that your husband isn’t looking for an excuse to go out.

Grow Your Own Forest Campaign reaches out to Faith groups

How are you expectantly preparing for Jesus this Advent?