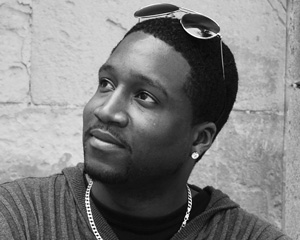 He’s an international life coach, who uses his gifts as a speaker, singer, songwriter, author and documentary maker to get his straight-talk message out, that if you’re not successful it’s because you don’t want it badly enough. That may seem a little harsh, but Steve Whyte, who has worked with people living in the ghetto towns of South Africa to top football players in England, insists anyone can create ‘Better Days’ – as his company is called – if they truly want to.

Combatting failure begins with knowing why ‘you keep saying you’re going to do something and you just don’t do it’, he says in his recently-launched Winners Challenge YouTube video. What holds people back is often negative speech, faultfinding, consistency in the wrong actions, fear, negative thinking, laziness, complaining, and preferring shortcuts to putting in the hard work.

Steve, who once wrote three books in one year and now has ten titles under his belt (and he’s barely 26), built his coaching business to international reach within just a few years, by applying the same techniques he teaches. This, he says, is what makes him different to many other coaches. “I never promise that I will change anyone’s life but that I will help people to make the changes,” he said. “I only share what I have done myself. I never teach what I’ve heard second hand, or what hasn’t worked for me.”

People of all ages and backgrounds access his coaching and teaching through one-to-one or group sessions, talks and seminars, or through social media initiatives, such as the Winners Challenge.

The 14-day Challenge forces you to confront the habits and attitudes that have held you back, by challenging you to practise a number of new behaviours. The idea is that, over the 14 days, you form new habits to succeed, but if you break any one of them you have to start all over again. The Challenge has over 500 followers, and features Steve in a no-nonsense stance that leaves no place for cowards to hide.

He started coaching after noticing how therapeutic it felt to encourage other people and, after completing his coaching qualification, continued because, one, he saw how God had allowed the business to grow, and two, “because of my children; I want to show them what happens if they do what I tell them,” says Steve. “They can aspire to be something they see in their own home, rather than something on TV, so it is real to them.”

Steve’s audience spans the world, including Australia, the UK and South Africa. In fact, it was while in South Africa that he had one of the most exciting experiences in his career – a visit to the home of Nelson Mandela.

Mandela was ill at the time, so Steve was not able to meet him in person, but being in the house had an effect on him. “There were business people discussing ideas around a table. It was great to see African men doing really well.”

Then Enoch Perry, who had shared a cell with Mandela, asked Steve: “What’s your goal?” Steve said he wanted to open three educational shelters, but Perry laughed at him. “He said, ‘That’s the problem – you think too small. Do you think Nelson Mandela overcame so much on the level of wanting to open up three educational centres?’ I felt like a little kid!” said Steve. “So I left there thinking, I need to think bigger.”

If you’re a female businesswoman wanting to sharpen your skills and be inspired by other successful business women, then you need to attend ‘Taking Your Business from Good to Great’ – a Conference for women taking place on 16th May at Grand Connaught Rooms, 61-65 Great Queen Street, London WC2B 5DA from 9.15am – 2pm.

Admission is free. It will be hosted by Charlene White, who presents London Tonight, and speakers include Deirdre Bounds, voted as one of the North’s top entrepreneurs and Emma Sinclair, CEO of Target Parking. Phone 0845 64 34 940 or visit www.forwardladies.com for more details. 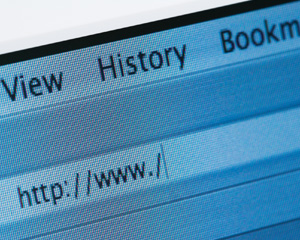 Content marketing combines editorial and marketing skills to enable you to use articles to engage your readers. It’s a simple concept but, as with most things, there is a ‘best practice’ way to do it. Here are a few tips:

Think quality – Your content must be well researched and produced to provide useful information to readers. Regurgitated, sub-standard stuff defeats the objective, as your audience will not read it. Use multiple formats – Produce a range of content to suit different consumption preferences, such as articles, guides, whitepapers, podcasts and videos.

Use multiple channels – Include your own website, social media and networks, and print. It ensures a wider reach for your content, and helps you measure which channels are most effective for which audience.

Measure and act – Introduce methods to measure the results, and adapt your strategy to suit your reports.

Encourage sharing – Encourage your audience to share your content with others, by making it easy for them to do so. This viral form of marketing can spread news about your business like wild fire.