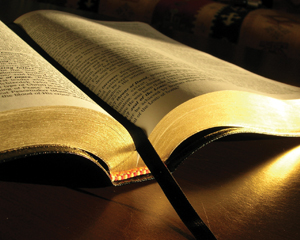 Since the start of Christianity, the question of whether believers are saved by faith or by works has sparked major discussion. Esther Williams adds her unique views to the debate.

I’ve been mulling over the subject of faith and works and asking myself: Should I be constantly striving to do more for God? And can my works or service get in the way of my relationship with my heavenly Father?

The Bible says, in the book of James: ‘You see that a man is justified by works and not faith alone,’ and it goes on to say in James 2:14-17: ‘What does it profit, my brethren, if someone says he has faith but does not have works? Can faith save him? If a brother or sister is naked and destitute of daily food, and one of you says to them, “Depart in peace, be warmed and filled,” but you do not give them the things which are needed for the body, what does it profit? Thus also faith by itself, if it does not have works, is dead.’

Ephesians 2:8-9 says: ‘For by grace you have been saved, through faith; and this is not your own doing, it is the gift of God – not because of works, lest any man should boast.’

These two Scriptures tell me that faith and works are both essential components of my Christian walk, but they have different roles to play. We need faith in God – combined with a holy lifestyle – to enter the Kingdom of Heaven.

It takes faith in God for a person to say, ‘I feel like I have been running around all over the place doing laudable things, but I need to take a break and be still, so I can hear from God.’ This is because the moment you say that, immediately logic says: ‘Well, if I don’t do it – who will?’ Or ‘What will people think?’ On the other hand, it is our good works that have the power to lead a lost soul into eternal life. So how do we strike a balance between the two?

I learnt a valuable lesson from a friend of mine, whose actions served as a stark reminder that it is not all about the works we do that people see, but the hidden actions of the heart.

My friend serves faithfully in church; she loves God with all her heart. But, occasionally, she is not in church. Sometimes, she has to buy shopping for an elderly neighbour who lives in London – several miles away from her home. I discovered this early on in our friendship, and was challenged. She had moved out of that neighbourhood years ago, but still gets on the motorway every month and does shopping for that little old man.

Recently, he became sick; he had a stroke. My dear friend took time out of church to ensure he was OK; visited him in hospital, and made sure he knew that in his winter years he was loved and cared for. My friend is a breathtaking example of the Scripture in Matthew 5:16, ‘Let your light shine forth before others that they may see your good works and glorify God in Heaven’.

She has combined her faith with a holy lifestyle (James 2:22). She has little regard for what people think; there may be people in church who think she is inconsistent – sometimes she’s around, sometimes she isn’t, can we rely on her? But God can rely on her. Who knows if she hasn’t been called to that elderly man for such a time as this, to bring him to Christ in his final days?

Genuine ‘saving faith’ will always reveal itself through good works that flow from a heart that is right before God. We need to overcome the opinion of others, and focus on doing the works that Christ has called us to do – not the things that people think we should be doing. This is where I believe we can find the balance and a place of peace.

I am determined to do more for Him this year, but I am minded that the Bible also said that it is not by might nor by power but by His Spirit (Zechariah 4:6). Spirit-led works will not result in us being tired or lead to frustration. God will always empower us with strength to fulfil His will and good pleasure, but we must remember that everything we do must be about Him, not about being seen or noticed.

True faith will always be backed up by good works, which are the evidence of a life surrendered to Christ. Someone once called works the ‘proof in the pudding, the visible result of being justified by faith.’

Let’s live a life of service that is bowed low before Him. It doesn’t matter whether people notice what we do, what matters is that our Father is glorified in the process. In this place, you will always find rest. God bless you.

What’s In Your Wallet?