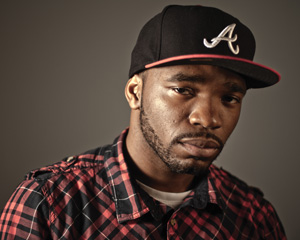 UK rapper SO has caused a storm throughout the world with his sophomore album, So It Continues, and has embarked on a tour promoting its release. He spoke to Keep The Faith about his music, his faith and the future.

KEEP THE FAITH (KTF): When your sophomore album So It Continues was released last year, it hit the top 5 of iTunes hip hop charts in the US, Canada and the UK during its first week of release. How did you feel about that?

SO: It felt great to know that my music was not just well received in the UK, but all around the world. It actually excited me to see that God was doing such a great thing through my music – not to sound cliché.

KTF: Why do you think So It Continues received so much love from hip hop music lovers?

SO: I honestly think that love was shown because of the honesty in my music. I’m often called an emo-rapper, but the reality is that most people enjoy art they can relate to. My music is relational; I talk about real life issues from a Christian perspective, and people can relate to it. Also because of the groundwork I had previously laid: my first album was free; I have done multiple shows, and been busy on social networks.

KTF: What are the key themes you are trying to convey on this album?

SO: A key theme would be life and doctrine: how does what I believe affect the way I am living. In reality, saying ‘I believe in God or Jesus’ does not mean too much. James says that even the demons believe and they shudder! Jesus is all about belief affecting life, and on So It Continues I wanted to write about my life through a Christian lens.

KTF: You’re a rap artist, who has a Theology degree. Why did you choose to do that degree, and why did you decide to pursue becoming a rap artist?

SO: I got a degree in Theology, because I wanted to know the God that I believe in even more than I did! As to why I decided to become a rapper, I believe I have a gift and God was opening doors that I was not chasing. I met some great people who helped me on my way. I’m still pursuing becoming a rap artist; I have not arrived.

KTF: Have you ever used what you’ve learned in your music?

SO: Oh absolutely! My first project was called ‘The 5 Solas Mixtape’, so that was me rapping about biblical truths and using big words and throwing in some Latin!

KTF: What’s the inspiration behind your T-shirt design collaboration with Grateful Apparel, and what impact are you hoping they will have?

SO: The inspiration of the shirt comes from a song of mine entitled ‘I Can Bear’. We are hoping people see the dopeness of the design and say ‘Hey, that’s a cool shirt’. We don’t want to leave people there; we want to engage them with the reality of God’s keeping grace, that though we go through many trials and tribulations, these things are not because He hates us but that His grace is sufficient.

KTF: 2013 has started off well for you with the announcement of a tour. What are you hoping the rest of 2013 holds for you?

Nikki Berry Takes Us On A Journey To Restoration

Who is the best in UK Gospel? by Juliet Fletcher