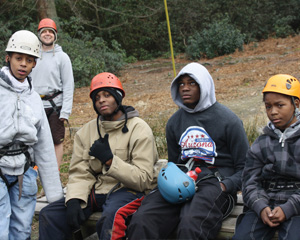 Patrick Regan OBE, founder of youth charity XLP, shares details about the XL mentoring programme that  will be rolled out to churches across the UK this spring

“As we let our own light shine, we unconsciously give other people permission to do the same.” – Nelson Mandela

On a Monday morning, in All Hallows on the Wall, a church that sits astride the old Roman Wall in London, you will find over sixty people, mostly, – but not all – young, meeting to pray and plan the work of an organisation called XLP, a Christian charity that I started over 18 years ago, which aims to create positive futures for young people living in our inner cities. We now work with more than 1000 young people, one-to-one and in small groups, on a weekly basis, many of whom are struggling to cope with issues such as family breakdown, educational failure, poverty, drugs and gang culture.

Samuel is one example. Last week, I met with Samuel and his mum, whose lives have recently dramatically changed for the better. She told me, “It’s a whole new world for us.” Samuel was struggling in school, and his increasingly disruptive behaviour had led to temporary exclusion; he was fast moving towards expulsion if he had carried on the way he was going. Samuel’s mum was at the end of her tether, unable to work and constantly arguing with Samuel, and seemingly losing the daily battle to be there for her son. Samuel hadn’t always been like this; he started to change for the worse when his mum and dad split up, and things were going downhill fast. The school eventually referred Samuel and his mum to XLP’s XL-Mentoring Project. They introduced James to the family – a trained volunteer mentor from the local church. Samuel began meeting regularly with James for a couple of hours each week. Over time, he began to calm down, to better control his anger and frustration. His concentration and grades improved at school, and his relationship with his mum began to be restored. She is now able to work whilst Samuel is in school, and the change in her life has been as dramatic and significant as Samuel’s – all because one person from the local church had the courage and the commitment to be there for them; to be committed to seeing Samuel succeed in school, and to helping him to make positive choices about his future. 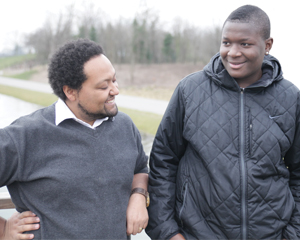 Helping young people to stay in school and do well in their education is incredibly important. When young people are excluded from school, the consequences to them and their family are all too often devastating and life-long. The latest figures show that more than 5000 children and young people across the UK were permanently expelled in 2010-11. Not just in inner London, but all across the UK, in villages, towns and cities, there are vulnerable young people struggling with difficult circumstances and not coping and, as a result, they are at risk of not getting a good education; involvement in criminality and gang culture; becoming unable to access training or employment, and not fulfilling their God-given potential.

I wrote in Keep the Faith in September 2012 about how mentors involved in XLP’s XL-Mentoring project are changing the lives and futures of young people growing up in inner London, and how good mentoring relationships can have a real lasting, positive impact for even the most vulnerable and marginalised.

XLP has just launched the XLM National programme to equip churches all across the country to set up their own XL-Mentoring projects that can reach out to those young people who are struggling in their communities; encouraging them to stay in school; to choose not to get involved in crime and gang culture; to set goals, and to work hard to achieve them. 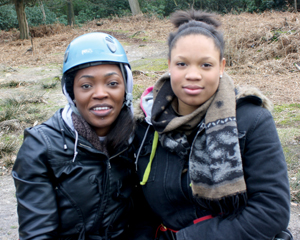 I am incredibly excited at the prospect of the Church being able to provide thousands of mentors in every kind of community across the UK to help young people in this way. I refuse to believe this is a lost generation, as some have said. I’ve seen countless young people and families courageously overcome incredible challenges in their lives by drawing on a strength they never knew they had – a strength that was only unlocked when someone came alongside them and committed to offer consistent support and encouragement.

Les Isaac OBE, CEO and Founder of the Ascension Trust, supports the programme: “I’m always excited and thrilled about the work of XLP. I believe that their work with young people is having a significant impact. When churches get involved with XLP Mentoring, they are able to extend their contribution to the life of a young person.”

Patrick’s new book, No Ceiling to Hope (published by Monarch) is out now. If you/your church would like to get involved in XL-Mentoring, visit www.xlm.org.uk for more details.

Poverty isn’t a privilege – the White man is your brother, too by Dr Keith Magee