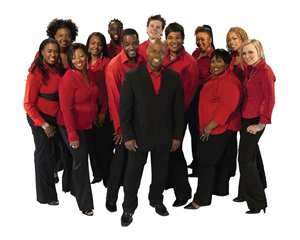 Juliet Fletcher shares her reflections of being in UK Gospel for 40 years, and how the scene has changed for the better during that time

This year, I am marking my 40th year in UK Gospel; it’s an amazing time for me. I often write about my experiences in this column as a way of advising and encouraging those in gospel. As you can imagine, I have seen many changes over the years, but I thought it might be interesting to contrast a list of THEN and NOW.

THEN: The gospel concert scene of the late 70s to 90s was driven by promoters and, in most instances, US artists were the major draw. The first big concert I saw was in 1979: Andrae Crouch and The Disciples, recorded live at the Hammersmith Apollo, London.

Leicester’s De Montfort Hall, Birmingham Town Hall and, in London, Islington and Camden Town Hall were ‘hot gospel’ places to see your favourite international and UK artists. Who remembers (the late) Dannibelle Hall – composer/artist extraordinaire for songs like Ordinary People and I Go To Rock, Take Me Back live at Camden Town Hall?

NOW: Gospel promoters have all but disappeared, with churches now putting on concerts with US acts, and UK artists regularly staging and headlining their own big concerts, instead of supporting US acts. LCGC regularly sell out concerts at venues like the Jazz Café, the Royal Festival and Royal Albert Halls; Muyiwa’s string of sell-out shows at Indigo O2 and the Apollo Hammersmith; Urban acts and brands, like Guvna B and GL Live, and John Fisher’s We Sing U Sing and iGospel school-based shows are just a few of the artist-branded events of today. But I do think we need the gospel promoter back in place.

THEN: Getting signed by a record company was the goal – such was their interest in the genre at the time. Seventies groups like The Harmonizers, The Persuaders, Soul Seekers, The Heaven Bound Brothers, The Heavenly Hopes, Majestic Singers and Kainos did. In the 80s and early 90s, LCGC, The Inspirational Choir, Lavine Hudson and Nu Colors were amongst the artists who succeeded in getting signed to majors. Just a tip: If you have a copy of any of these recordings, keep it in good condition and safe! 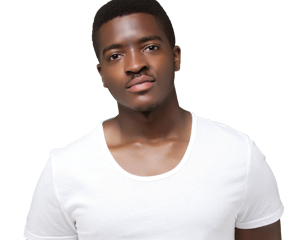 NOW: Technology has changed everything. The first three months of this year has seen a record number of releases, including Guvna B, Aaron T. Aaron, Sandra Godley and Muyiwa & Riversongz. Yet, we still need more quality products, which move beyond the UK territory. The signs are that this could happen rapidly in the months ahead.

THEN: The 1980s ITV television series, People Get Ready, has to be the ultimate representation of the talent which existed at that time on British screens. During the 90s, The Gospel Train on BBC Radio 2 was the first nationally broadcast radio show – direct from the Black Church. As the Researcher/ Producer of this show, I am very proud of it. We were nominated for a Sony Radio Academy Award, and also won The National Gospel Music Awards Contribution to Gospel Music category. In addition to community-based stations, BBC Local Radio across the UK featured gospel shows, including the noted late Frank Stewart (West Midlands), Dulcie Dixon (Leicester) and John McPherson (Sheffield). Community and pirate radio stations transformed awareness, too. 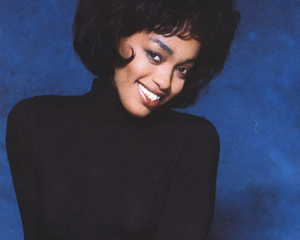 NOW: Sadly, neither People Get Ready nor BBC’s Gospel Train exist or have equal replacements on terrestrial TV and radio – to date. Most of the BBC local and regional programmes are few and far between. Dulcie Dixon on BBC Radio Leicester; Nikki Tapper on BBC West Midlands, and Howard McCalla on BBC Three Counties count among the remnant. However, the rise of DAB radio with Premier Gospel, UCB Gospel, and the growth in satellite and online stations have created a much richer landscape that we can all navigate.

THEN: Since the late 70s, from having no experience to becoming professional experts in gospel music, we learnt about touring into Europe; producing shows; acting as agents; negotiating deals with record companies, and so on. In the 90s, we described ourselves as a ‘cottage industry’. Then GreenTree Productions established the Gospel Summit – the annual industry event for UK Gospel, which successfully provided a showcase for artists, training workshops, international engagement, and an opportunity for key leaders and others to meet and discuss industry issues. 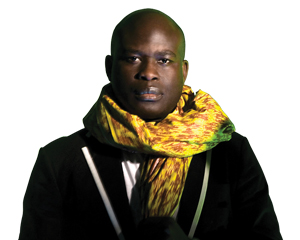 NOW: The number of specialists operating in our sector has increased. The GMIA (Gospel Music Industry Alliance) has given us representation in the music industry. However, the most significant development for the past 40 years has to be the recent launch of the first ever Official UK Christian And Gospel Album Chart. It has given UK Gospel true potential for industry growth and success.

Artists need to seriously consider what they must do, now that they have access to the opportunity of representing their genre through a WEEKLY Chart. #NoSlackingThePace #NoTimeWastersNeedApply

I’m truly thankful to God for the past, but so excited for all of us in this new era.

Juliet Fletcher is a former BBC Producer and founding Executive of the GMIA. Visit www.gmia.org.uk for more details, or phone 020 3086 8348.