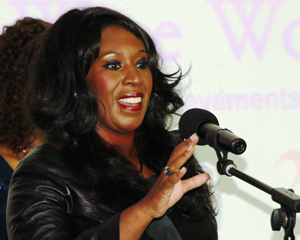 Keep The Faith magazine reports on the 9th Wise Women Awards, the only Awards in the UK to recognise the contributions of Christian women in the Church and wider society

Wise Women Awards 2013 was, to coin a popular phrase, ‘off the hook’. The Hilton Tower Bridge Hotel Banqueting Suite was filled to capacity, as women and men from across the UK gathered at the Hilton Tower Bridge hotel, London, to celebrate and recognise the achievements of Christian women.

Angie Le Mar was the consummate host for the WWA, now in its 9th year, and elicited belly hugging laughs with her reminiscences of church life, whilst holding the event together. Singers Lurine Cato, Dayo Bello and Clif’n’Marie struck the right notes with their renditions, and Dionne Gravesande, who gave the keynote, encouraged women to care and support each other.

The night, however, belonged to the nominees and Award winners, who provided inspiration in abundance with their heart-warming stories of how they overcame personal trauma, or how their faith in the Lord inspired them to serve their communities in various ways.

The oldest WWA recipient was Enid Jackson, 82, who won the Naomi Award for founding Culture Dementia UK when she was 67. The youngest winner was Shekinah Griffith, a member of the New Testament Church of God in Nottingham, who is involved in children’s ministry, and is one of the youngest directors of a Credit Union here in the UK. 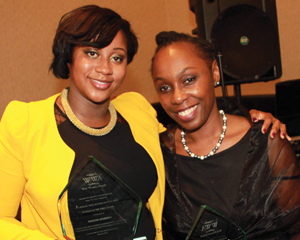 Other recipients included BBC Leicester’s Dulcie Dixon, who won the Women in Media award for many years of service; Yvonne Brooks, co-pastor of the New Jerusalem Apostolic Church, who received the Women in Ministry Award; gospel pioneer, Juliet Fletcher, who won the Women in Music Award, and former gang leader-cum-Christian, Jennifer Blake, brought her mother to the stage with her to collect the Life Transformation Award, and publicly thanked her for praying for her whilst she was out in the world.

Former Olympic champion and silver medallist at the 2012 London Olympics, Christine Ohuruogu wiped tears from her eyes as Pastor Marjorie Esomowei, founder of the Wise Women Awards, talked about her accomplishments and Christian faith, before presenting her with the Inspirational Woman of the Year Award, whilst Shauna Muamba was almost overcome with emotion as she gave her acceptance speech after receiving the Keep The Faith Woman of the Year Award for the faith she demonstrated when her husband, Fabrice Muamba, technically died for 72 minutes on the football pitch when his heart stopped beating, and she got the nation to pray for him. 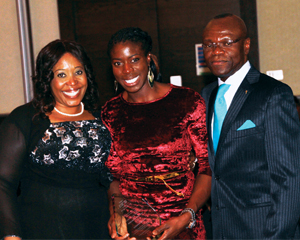 Keep The Faith Woman of the Year Award – Shauna Muamba 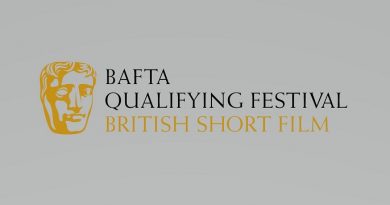 Jonathan-Ismael Diaby: Does ice hockey have a racism problem?