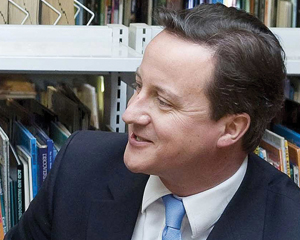 Rev Wale Hudson-Roberts looks at the UK’s changing attitude to immigration, and calls on the Church to be a safe haven for foreigners who come to Britain to build a new life.

Enoch Powell’s ‘Rivers of Blood’ speech – delivered in April 1968, in which he severely criticised immigration from Commonwealth nations – sent shock waves around the country. Many Conservatives, despite their endorsement of it, were deeply concerned about its impact on their Party’s image. It was no surprise, then, that Party members distanced themselves from him, forcing his resignation.

Some years later, another Conservative – David Cameron – delivered a speech, which also challenged immigration policy. He insisted that certain benefits would be restricted to people who have lived in the UK for several years, or who could prove their entitlement to state funding. He unveiled a crackdown – with hospitals ordered to charge foreign visitors, and those from outside the EU, needing health insurance before being given visas. Immigrants would also have to wait at least two years (and possibly five) before they could get social housing. Last year, 32,000 of the 360,000 available council homes went to foreigners, so we are told.

The 60s and early 21st century social and economic contexts are similar. Marred by economic depression, skilled jobs were at a premium, employment low, international trade wavering and foreigners increasing in numbers. Then, as now, immigrants became the ‘fall guys’, blamed for taking jobs and housing, and for peddling crime. History is repeating itself. Libraries, Start programmes and parenting schemes have closed – or are at risk of closing – due, apparently, to the rising numbers of immigrants. It is for this reason that draconian measures are being put in place to discourage large numbers of Bulgarians, Romanians and other immigrants from entering into the UK.

Labour, when in power, assumed a more relaxed and hospitable approach towards immigrants, believing that Britain’s economy would blossom as a result. They increased the number of work permits issued to migrants wishing to come to Britain. In 1947, 40,000 work permits were issued – three times as many issued in 2008. Labour’s predictions were right; the wealth of the country got stronger.

This was made even more obvious for me during a meal with friends. The conversation went like this: “The Polish and other Eastern Europeans should go back to their countries. The National Health Service is suffering because of them; Black and White people cannot find jobs anymore, and the benefit system is imploding. They need to leave our country, so that our economy can recover and be made good again.”

I looked at my friend, perplexed, and thought, ‘Is she oblivious to her own colour – Black? Has she forgotten her history – Windrush? Did the experience of her parents as first-generation Caribbeans not teach her that xenophobia hurts really badly and leaves a lasting legacy? Obviously not!’

I do agree that immigration has to be carefully managed, but to suggest, as my friend did, that Eastern Europeans and non-EU citizens should not set up home in the UK, search for work, and make a decent living for themselves and their families, strikes me as a little hypocritical. Africans and Caribbeans, criticising the generation of newcomers and agreeing with Cameron’s rhetoric, do well to remember that it was not long ago that their own parents were also criticised for taking jobs from people in the host country – their presence contributing to the UK’s precarious economy. How easy it is for the oppressed to conveniently forget their history and become the oppressor!

This is not a biblical approach, according to Latin American theologian Gustavo Gutiérrez, who believes in ‘God’s preferential option for the poor’. He maintains that God champions and defends the poor, and that justice is who God is. Indeed, he is right; throughout the Old Testament, God demonstrated His commitment to the poor and underprivileged. The Exodus paradigm is a fine example of God’s defence of the exploited – God’s ancient people, immigrants in Egypt, used by their slave owners, but protected by their God.

I am of the opinion that Christians need to do the same. This can be done by developing a theology that is contextual. By this, I mean culture – the reality of the human story, such as oppression and marginalisation – informing and shaping our faith and praxis. The likes of Sam Sharpe, Martin Luther King, Harriet Tubman, Rosa Parks and Christ were theologians who contextualised ‘God talking’ by liberating the poor. Churches can then advocate on behalf of those whose voices are infrequently heard, such as immigrants. Writing letters to councillors, MPs, government ministers and so forth can make a difference.

Suffering has a way of making the sufferer empathetic towards others who are suffering, and concerned for their needs – or at least it should. This should mean that the Africans and Caribbeans – not born here, still struggling with British traditions and cultures who, despite having lived here for many years, continue to sing a strange song in a strange land – should know how other foreigners feel. Vulnerable, lost and strange are just some of the descriptions that come to mind. 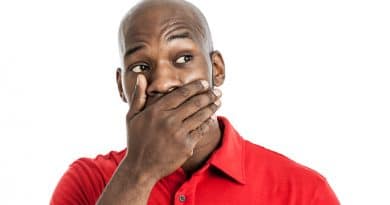 Moving beyond the Black stereotype by Rev David Shosanya