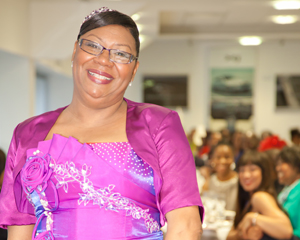 Graduates of Esther’s Academy, a seven-week course that teaches women how to apply the principles of biblical character Queen Esther in their everyday lives, enjoyed a sumptuous dinner and inspiring graduation ceremony at a special banquet held at Edgbaston Cricket Club recently.

Pastor Yvonne Brooks, founder of Esther’s Academy, served as host; Geoff Schumann was the humorous compère, and Marcia Dixon, Editor of Keep The Faith, gave the keynote speech, encouraging listeners that, like Esther, they too can change the destiny of a nation.

As the women accepted their graduation certificates, all shared how Esther’s Academy had helped them draw closer to God; throw off their emotional baggage, and had empowered them to achieve. And such is the impact the Academy is having, it’s due to launch in London in 2014. 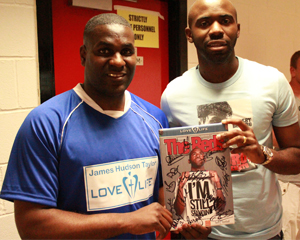 The people of Barnsley turned out in force for the third Love Life Festival, organised by Christian couple Bruce and Janine Dyer, in conjunction with Barnsley Football Club.

Over 6000 people poured through the gates of Barnsley Football Club at the May Bank Holiday event to enjoy a football tournament; a funfair; gospel singing from various artists, including Lurine Cato, Janine Dyer, Isaiah-Raymond Dyer and friends; delicious Caribbean food … as well as a special appearance by Fabrice Muamba.

The Love Life Festival is going from strength to strength and, alongside that, God is using Bruce and Janine as powerful witnesses of Christians living in the North. 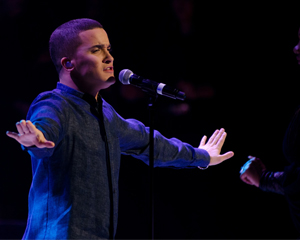 The London Community Gospel Choir had a ball during their first ever 30 Choir Festival, held at London’s Southbank Centre.

Not only did they welcome choirs from as far afield as Spain, France, Germany and Italy, but they also celebrated their 30th anniversary with a special concert at the Royal Festival Hall, that featured guest appearances from Jocelyn Brown and X Factor runner-up, Jahmene Douglas. During the course of the concert, where LCGC performed to a capacity crowd, they also broke the Guinness World Record for the largest number of gospel singers – 1169 – performing together.

The Choir continued their celebrations by performing for the Prince of Wales at a special reception at St James’s Palace to celebrate the contribution of Caribbeans in Britain, and are gearing up for their Reunion concert on July 26. Visit www.lcgc.org for more details.