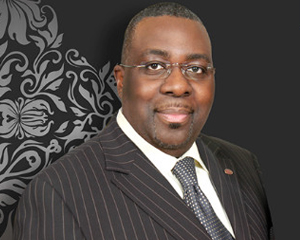 The black Christian community is mourning the passing of one of its foremost church leaders Dr Tayo Adeyemi, who died on June 30, following illness.

Dr Tayo, as he was affectionately known, founded New Wine church based in Woolwich, south east London in 1993, and served as its Senior Pastor. Under his leadership the church attracted up to 5000 people to its weekly services and played a major role in the community.

Dr Tayo, who was born in the UK but grew up in Nigeria, where he trained as a medical doctor, was passionate about communicating the gospel and challenging Christians to make a difference to humanity. Under his leadership, New Wine’s influence spans the globe with its radio and TV broadcasts of Dr Tayo’s teaching ministry.

He spearheaded mission trips to Papua New Guinea, South Africa and India, where he founded a lepers’ colony.  He also provided substantial financial support to disaster relief efforts to victims of the Asian Tsunami, Earthquake in Pakistan and Haiti just to mention a few.

In the London Borough of Greenwich where New Wine Church is based, the church were renowned for distributing Christmas hampers to the homeless and low-income families in the area.  The church also runs a food bank, provides career advice for the unemployed, donates free books to schools and more.

Pastor Michael Olawore, member of the New Wine Church leadership team said: “We mourn the loss of Dr. Tayo Adeyemi, an inspirational and irreplaceable leader, loving husband, father and friend. However we celebrate the impact of his life, work and are challenged to follow his example of dedication, courage, humility and unforgettable servanthood. Our prayers are for his wife, three sons and the family of New Wine Church.”

Church leaders across the denominational spectrum have been paying tribute to Dr Tayo’s leadership.  Dr Joe Aldred, head of the National Council of Church Leaders stated: “Dr Tayo was a pastor/teacher after God’s heart. I recall inviting him to speak in a Church of God of Prophecy regional convention during the mid-1990s. He had so evidently sought God for a word for us and delivered that word with clarity and rare insight. The high-water mark of excellence we experienced typified his ministry generally – locally, nationally and internationally – which is why his contribution to the propagation of the Christian faith in this country and beyond will live on for many years to come.”

Rev Yemi Adedeji, Director of the One Peoples Commission said: “Dr Tayo Adeyemi was a General for black Christians in the UK. He pioneered a new way of doing church amongst black majority churches and his leadership style and spirit of excellence have become a footprint for many emerging young leaders today. His contribution during the formative stage of the One People Commission will remain with us.”

Muyiwa Olarewaju, Station Director of Premier Gospel stated: “His work has left a mark that cannot be erased. In an environment where the criticism of black led churches at large was that they only worried about prosperity and were insular, Dr Tayo with this church had outreaches to the community in Woolwich that meant the hungry were being fed and the council acknowledged the work. The church also had a whole town of Lepers in India that it cared for, this is only part of the care it provided for the less fortunate. His work helped to define for the Christian community black & white what was possible in the 21st century.”

Bishop Wayne Malcolm, leader of Ican Ministries in Bow, east London, described Dr Tayo’s  as: “A five star general and a patriarch in the faith who has literally blessed the lives of millions with his amazing teaching gift.”

Noel Robinson, who launched his Renewal conferences at New Wine church stated in a facebook post. “We are saddened to hear that Dr. Tayo Adeyemi has passed away. He was one of the great pastors of this generation a true General..”

At the time of writing the funeral arrangements had not been announced.

Coronavirus: Child abuse on the rise worldwide, 85 million children at risk of violence at home & in community