Samuel Kasumu shares why it’s important for young Christians to take a deeper interest and engage more meaningfully in politics, whether on an individual or corporate level.

When you attend any Christian youth conference, relationships, careers, leadership and sin tend to be amongst the themes you’ll hear from the sessions. Very seldom would you ever hear of a message on getting involved in public life. Having young people involved in politics doesn’t really seem like a priority for the Church today, and this is a problem.

I myself got involved in politics from an early age, joining the Conservative Party at 19. It has been a very challenging experience to date, and there have been tough moments, but overall, the privilege of being involved within the political system has allowed me to have a much broader perspective. At 25 years, I sit at the table with key decision makers, with the hope of ensuring people from similar backgrounds to myself have a voice. This isn’t because I’m necessarily more special than anyone else, but because, unfortunately, there simply aren’t enough people that are also getting involved.

The Bible that tells us, ‘When the righteous are in power, the people rejoice’ (Proverbs 29:2). The Bible also tells us to ‘obey the laws of the land’, and Jesus Himself, the Son of God, established a precedent when He said, “Give to Caesar what belongs to Caesar, and give to God what belongs to God.” In this Scripture, I believe Jesus was carrying on a common thread that can be seen throughout the Bible: the idea that government plays a part in God’s plans for humanity. If it wasn’t for what some call the ‘common grace’ of government, roads wouldn’t be built; medical care wouldn’t be available (for free, in the case of Britain); law and order wouldn’t be structured and, of course, education would still be seen as a privilege and not a right. Our faith allows for government, not because it is a perfect system, but because the alternative within an imperfect world is anarchy.

The question should therefore be how should young people engage with the political? I don’t think there is a one-size-fits-all answer to this, but I do feel that our engagement should always be more than the simple attendance at a ballot box every four or five years. We must be engaged at a local and national level – both corporately and individually – if our voice is to be one that is respected in society today.

In May 2014, there will be local elections across the United Kingdom, and this will offer us all an opportunity to engage with politics at a level that impacts most churches today. I’m sure we have all heard the pastor asking the church to pray about the planning permission application to go through, instructing the church to exercise their faith, as the church believes in God for growth. Prayers for God’s will in such a circumstance are critical but, of course, we must have the action to correspond, which is where things often go wrong. A planning committee tends to be made up of local politicians, who are elected by the local area, and are made up of local people. Imagine for one minute that those local people were from the local church, or had links to the local faith communities, and were inclined to support the work of the church. Instead of having the hope for a hard heart to be softened, all of a sudden there would be allies at the table of decision making. This is just one example of how being involved in politics – albeit at a local level – would help to overcome so many obstacles churches face today.

I would then say, when it comes to national politics, that one should first find the special interest groups within a party, as it is very easy to become lost within the multiplicity of a large party with 100,000s of members. For example, if you’re interested in the Christian movement within a party, the Conservatives have the Conservative Christian Fellowship, Labour has the Christian Socialist Movement, and the Liberal Democrats have a their own fellowship also. There are also other groups that focus on representing other specific groups within a party, including women and youth wings. Most political parties have what we call a ‘broad church’. This means that there is something for everyone to get involved in that will speak to something aligned to your purpose, and will also form a platform from which to be established. It also means that you very quickly end up engaging with some of the leading political figures that once seemed so distant.

I myself am a member of the Conservative Friends of International Development, as it’s an area of passion. I’m also on the management board of the Tory Reform Group, and the Council of a group, headed by Sir John Major, called the Bow Group.

Politics is important, and for the next generation of Christians to have a significant stake in society, we must all ensure that we get involved in a significant way. Yes, we do need more Christians running in elections, but we also need people willing to simply get stuck in at a local level, making sure that the interests of our Christian communities are never forgotten.

Samuel Kasumu is a member of the Tory Party and founder of Elevation Networks, a youth employment charity. He is also the author of Winning The Race. Visit www.elevationnetworks.org for more details 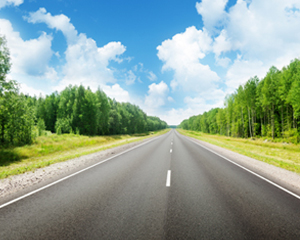 Draw a line in the sand to experience fulfilment in 2013