When Guvna B released his second album, Odd1Out, in May, it entered the Christian music charts at Number 1, making him the UK’s most well-known gospel rapper. He spoke to Keep The Faith about his music, being different, and touching the world for God.

One gospel rapper, who is blazing a trail that others are following, is Guvna B. His recently-released second album, Odd1Out, topped the official Christian and Gospel Albums Chart and, in the process, he made history by becoming the first UK gospel artist to do so.

This great accomplishment heralded a number of media appearances for the Guvna, including a spot defending gospel rap on BBC programme, The Big Question, which discusses key moral issues. Guvna B hopes his chart success will inspire others. “I feel humbled to be the first gospel artist and urban act to be Number 1 in the Chart. For me, it’s not so much about the competition; I just feel that it’s great for someone from my scene to be represented. Hopefully, this opens the door for many more. I grew up on a council estate in East London. The odds were stacked against me, but I’m a graduate, and I have a Number 1 album. With God, anything is possible.”

The ethos behind Odd1Out is simple. Guvna B wants listeners of the album to recognise that it’s OK to be different, stand out and follow Christ. He shared, “In school, it was the ‘in’ thing to fit in and follow the crowd. Everyone wanted to be in the cool crowd. It wasn’t ’til I left school that I realised that, actually, if you follow the crowd, you get lost in the crowd. So this album is making it the ‘in’ thing to stand out and walk in your God-given purpose. Ephesians 2:10 says that we’re all God’s handiwork, created to do good works that God has prepared in advance for us. Odd1Out encourages people to take pride in their God-given uniqueness.”

There are numerous artist collaborations on the album, including tracks with US gospel artist Canton Jones, Jorim Kelly from Hillsong, and LZ7. One of the surprise collaborations is between Guvna B and Keisha Buchanan, formerly of leading pop group, Sugarbabes. Guvna B explained, “Keisha and I have become great friends in the last few years. She saw me win the MOBO and was impressed with my stuff, and I was encouraged to hear how her faith had helped her a lot through difficult times in the industry. She’s a multi-million-selling recording artist, so her pearls of wisdom are valuable! I call her my big sis!”

And what are his views on gospel artists collaborating with pop stars? “I think that if there’s that middle ground of faith in Jesus, then it’s a strength, as pop stars have a massive fan base that need to hear about Jesus. As long as the music of the pop star doesn’t contradict (the message) of the Bible, I’m all for it.”

Alongside his music ministry, Guvna B has his own radio show on Premier Gospel, and is one of the few UK gospel artists to serve as a charity ambassador. At present, he is an ambassador for Christian child sponsorship charity, Compassion UK, who’ll be supporting his first ever UK tour which kicks off in September, and also for Youth for Christ.

Part of his work for Compassion UK involved him going to Ghana, his parents’ homeland. It was an experience he found memorable. “I loved Ghana. It was inspiring on so many levels. When I saw the poverty and the kids out there, I thought ‘Wow, if my parents didn’t come over to England, that could have been me.’ It inspired me to want to help out a lot more and to do more mission over there. I’m going back every year now! Next year with an afrobeat song!

Guvna B also does youth mentoring. “It’s important that kids have positive role models at that age. I didn’t have many at my age, so I always make sure I make time for that. The kids respond really well to my music and story. I think because I haven’t had a silver spoon and I grew up on an estate, they can mostly relate. The fact I made a success of myself speaks volumes to them. It just shows that, no matter your background, there’s no excuse not to do well.”

Thankfully, Guvna B’s faith in God continues to keep him level-headed, and also gives him the courage to be the ‘Odd1Out’, proclaiming his faith through music. Long may he continue. 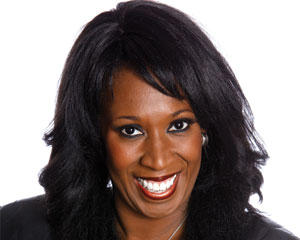 Angie Le Mar talks about her Renewed Faith in God 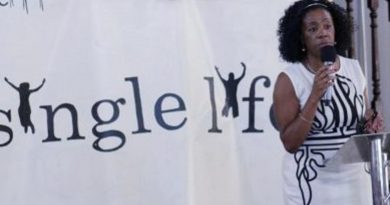 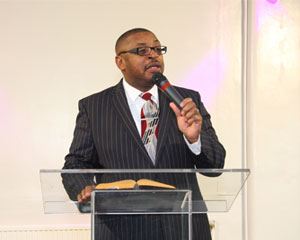