Investing in the next generation

She is known as Ms Che, and she encapsulates the spirit of Black History Month. Just as it was set up to present role models to inspire Black children, so too was Che inspired to set up her community interest company, Invest in Success, to showcase business and community role models that young people can learn from.

“It was the riots that inspired me to do something,” said Che, because “young people… are the next generation and will be running the show.”

Che’s undeniably futuristic outlook is aptly summed up by the name of her company, Invest in Success. It began in 2012, and organises business seminars where people in business or considering business can network with one another. The free seminars, funded by the Co-operative, feature a mix of speakers, both young and mature, new business start-ups and established entrepreneurs, so both sides can learn from each other.

“I don’t only have speakers in business, but also try to have inspirational leaders who impact people’s lives. I have people representing learning and young enterprise. I have had the Young Mayor come to speak.”

Her events enable “young people to network and expand their clientele. I like to bring up established as well as new people, to show that there’s a journey, and that they had to start from somewhere.”

Last month, Che launched the REEBA Awards, a rather ambitious venture with twenty-six separate categories (representing each letter of the alphabet) that took place on a 5-star River Thames boat at Canary Wharf.

REEBA – Regional Entrepreneurs Empowerment Business Awards – was set up “because I did not feel that CEOs get the recognition they deserve”, Che said. Che, who lives in Docklands, worked as a teaching assistant and a British Sign Language interpreter for three or four years, before setting up Invest in Success. She organised her first event in 2012.

Unfortunately, just a few weeks before her second event that November, her grandmother passed away, so she cancelled the date and took a few months’ time out to mourn.

“January marked a year since I set up the company, so it was a good time for me to come back with a bang,” said Che.

Asked about her team, she said: “They call me ‘boss lady’. I have a small team behind me – no paid staff, people volunteer – but I want to start getting paid staff on board. I am at a stage where I am ready to start moving up.”

Her vision is to take the Invest in Success seminars to different regions around the UK. As the second generation of those who came to the UK from the Caribbean, Che takes her inspiration from her hard-working parents, who counselled her: “Make sure you get a job”.

Her most significant source of inspiration, however, comes from God. “I turn to God for everything,” she said. “Everything I do is about God. If He tells me to do it, I just need to turn up. I don’t need to worry about anything else.”

NAVIGATE 2013 is the follow-up conference to last year’s life-changing ‘Embarkation’, organised by A Call to Business. Hosted by Paul Szkiler, the day will ‘explore what may lay ahead on the horizon, in terms of economic and social change, and how we …should respond’. Speakers include international communications expert and author, Landa Cope, and the Israeli-Chinese author, Pastor Peter Tsukahira. NAVIGATE 2013 will take place on Friday 15 November at the Grange Tower Hill Hotel, 45 Prescot Street, London, E1 8GP. For more details, visit www.acalltobusiness.co.uk.

HOW TO INVEST IN AFRICA

You are a first-time investor, attracted by the increasingly appealing investment potential in Africa, as the centre of economic power continues to shift away from the West. But where do you start?

Here are a few tips.

The light of the world by Jason Loh 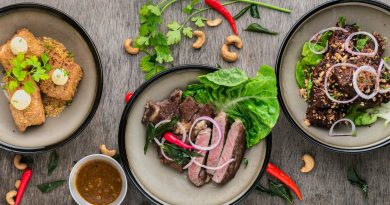