Isaac Carter examines the reasons why there is a lack of economic wealth in the Black community, and looks at how embracing a holistic approach to Christianity is changing this state of affairs

“Now there lived in that city a man, poor but wise, and he saved the city by his wisdom. But nobody remembered that poor man” (Ecclesiastes 9:15).

As another October looms, the opportunity arises once again, through Black History Month, for us to both reminisce and celebrate the contributions made by Black people to life in the UK. And there is much to celebrate, by reflecting on:

It is a fact that, despite the considerable obstacles faced by Black people since their arrival in the UK, we have touched and influenced every facet of British life. Despite the above, however, there is one area in which we have failed to make major inroads, and this is the area of economic development and wealth accumulation.

Despite the exceptional successes in areas such as sports and entertainment, where individuals can accumulate vast fortunes, the majority of economic development in the Black community is still found in the cottage industries, such barbers, hairdressers, restaurants and takeaways. Despite over five decades in  the UK, there are still very few large-scale Black-owned companies in the UK. This is in contrast to our counterparts in the USA, where a bona fide Black middle class exists, running and building corporations, wielding high levels of influence in major businesses and industry, and generating real wealth.

So, the question is: Why are we not as successful in the areas of economic empowerment and wealth accumulation as we are in others? I would suggest the following reasons – though not the only ones – would be significant in providing answers:

Wealth is not created in the lifetime of one person; it takes generations. To create wealth needs a generational vision, with parents showing and teaching their children about financial legacy,rather than just spending money on the conspicuous consumption of consumer goods. A wise man leaves an inheritance (Proverbs 13:22).

Unlike many of the other ethnic groups that have immigrated to this country over the years, such as Jews during the Second World War and Asians in the 1970s, the majority of Caribbean immigrants arrived with little or nothing and with very little entrepreneurial experience. Consequently, they worked in service industries, and struggled to keep their heads above the water financially, let alone starting businesses or developing wealth-creation strategies.

3. Pursuit of employment rather than becoming business owners

The second and third generation of Black immigrants, encouraged by their parents, have made employment in middle class professions – such as law, medicine and accounting – their goal, rather than owning businesses. A job, no matter how well paid, is very rarely the path to true wealth.

4. Lack of a civil rights movement

A significant factor in the economic development of Black people in the USA was the development of a pro-active civil rights movement and the corresponding legislation. Positive discrimination in the area of business and employment enabled Black people to obtain a seat at the table of big corporations, and to learn the strategies that are required to create real wealth.

As ever, we must always ask: Where does the Black Church stand on the issue of economic development and wealth creation? Traditionally, the Church’s attitude was one of ambivalence on the one hand and antagonism on the other. While the Church has encouraged people to give to its causes, it has not fostered or encouraged entrepreneurship within its congregations, preferring to highlight the drawbacks of wealth creation, focusing on Scriptures such as “…the love of money is the root of all evil” (1 Timothy 6:10).

However, there are signs that this is changing, with the rise of the African churches and their emphasis on a holistic approach to Christianity, including personal development and financial empowerment. As a result, the current generation of young Black people is not only breaking through in the arenas of sport, entertainment, acting and finance, but are also at long last striking out as entrepreneurs, and setting up businesses which hopefully create a platform for long lasting wealth for their families and communities in the future.

Economic development and wealth accumulation are essential if the Black community in the UK is to have a voice, and take its place at the table where decisions are made, and the Church needs to be at the forefront of the struggle to make this happen!

The Scripture says “Now there lived in that city a man, poor but wise, and he saved the city by his wisdom. But nobody remembered that poor man” (Ecclesiastes 9:15).

ISAAC CARTER is the author of ‘Go to the Ant’ – a simple, effective guide to money management 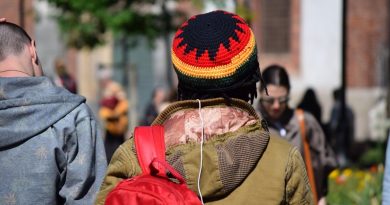 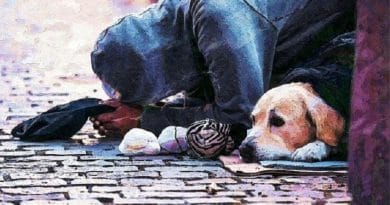