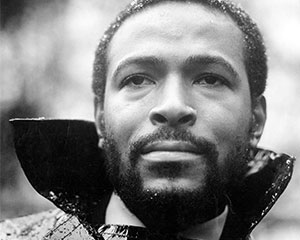 Incidents of racism and sexism seem to be on the rise – from both political institutions and from the general public. Rev Wale Hudson-Roberts explores the reasons for this as he asks, “What’s going on?”

“What’s Going On?” was sung by Marvin Gaye. At the time, this was the question on the lips of many. America was segregated. Underprivileged Blacks versus privileged Whites. The latter had the pick of everything, while Blacks had to be grateful for the crumbs from under the tables. Life was tough for Black Americans. ‘What’s going on?’ was an echo deep from the psyche of not one person but of millions of Black Americans, and captured the sentiment of the day: What was going on? 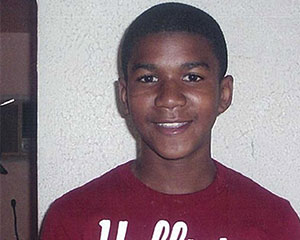 Explicit racism was one answer. It was in-your-face stuff, legitimated by law and the White House. Racism was the ‘American Way’. On the back of it, America grew rich. It’s no wonder; its perpetrators held onto it, but its victims desired to see the back of it. The Trayvon Martin case – a young Black boy killed for being in the wrong place at the wrong time, yet perpetrator acquitted – confirms that Black (and some White) Americans continue to struggle and desire a answer to Gaye’s question: ‘What is going on?’

The same question can be asked of the escalating violence in Greece. People of colour have become scapegoats, blamed for a recession not of their making. But, as the recession grinds the Greek economy to a halt, extreme racism is fast becoming normalised, more than just accepted but embraced by politicians and non-politicians alike. The reality is that Greece is now a no-go area for people of colour. They, too, like Americans past and present, are forced to explore the question: What is going on?

Also, throw into the mix Australia. Their asylum policy is sinful. It is evil: immigrants fleeing terrible poverty – and sometimes persecution – in pursuit of nothing more than sanctuary, turned away and ordered to find refuge in Papua New Guinea. What a crime. The continent, vast in resources, people, land and opportunities, yet willing to say No to the poorest of the poor. What is going on?

And then there is the UK. With UKIP adopting any tactic that works to recruit Conservative Party voters, and Conservative voters doing everything possible to increase their pool of voters, racist strategies have become second nature. Appalled, as many people were, by the vans proudly located in urban areas, boldly asking illegal immigrants to return home, all this and even more is symptomatic of the growing hostility towards the significant other. It is a sign of things to come – and a worrying sign at that.

But race is not the only issue, which begs the question: What is going on? Sexism appears to be reaching new heights, expressing itself in the most heinous way. The Labour MP for Walthamstow, Stella Creasy, has experienced forms of sexism that no woman should ever have to experience.

The rising MP was targeted after speaking out in support of a feminist campaigner, who had received threats to rape and kill her via Twitter. As a result, abuse was directed at Creasy, threatening to rape her and a video put ‘all over the Internet’. Caroline Criado-Perez (right) also faced a vicious diatribe on the web, after succeeding in her campaign to have an image of Jane Austen put on the new £10 note. The stories continue: Tory ministerial aide, Claire Perry, revealed she has also received a rape threat on her account on the micro blogging site.

Conclusions drawn from recent research suggests that increasing numbers of women are experiencing discrimination. Therein lies the seeming paradox. Despite the country being awash with legislation discouraging discrimination on the grounds of ethnicity, disability and gender, something is going on which suggests that legislation is not having maximum impact. As the world appears to become even more discriminatory, ask what is going on. Few appear to be able to authoritatively comment on the ‘what’. But I do think perceptions and feelings of eroding power are playing a significant part in the sense of irrationality that is pervading contemporary society.

Feelings of being swamped, overtaken, overrun – be it by people of colour or by women – appear to be impacting male identity. The identities of many White men are defined by their status, position and, of course, gender. But their identities, once clearly defined, are now being bombarded by a multiplicity of other competing identities, including the notion of power sharing. For a people that have always been on the top of the ladder, the idea of sharing power and the possibility of diminishing power can be a frightening prospect. The response can be to retain power by any means necessary. What is going on could be that some men feel that their power is being threatened by a society that is so different from the one that defined them and that they define. And their response is violence, not necessarily physical but certainly emotional.

As for the Church, it is called to be different, prophetic – challenging all forms of injustice

The other side of temptation by Parker J Cole

Racism only sleeps and snores, it never dies by Rev Wale Hudson-Roberts