Almost 50% of China’s 60 million-strong Christian population doesn’t have a Bible. The Bible Society shares why its Christmas campaign is raising funds to ensure Chinese Christians can read the Scriptures for themselves

In a village in rural China, more than 80 years ago, a young girl called Zhang Doazhen is copying verses from a battered Bible into her notebook. Glancing up from her writing, she works quickly. She must pass this Bible on by the end of the day. There’s only one copy in the village, and everyone takes turns to read it.

Today, in 2013, the story is not so different. It’s well known that the Church in China is growing at an extraordinary rate. Around a million people come to faith each year. In 2011, Radio 4 reported that the number of Christians was, at a conservative estimate, 60 million. They noted, “There are already more people at church in China on a Sunday than in the whole of Europe.”

But almost half of these Christians – at least 30 million people – don’t have a Bible. About 10% of the Chinese population lives below the poverty line of 60p per day. That’s 135 million people. The cost of a Bible is simply out of their reach. In many churches, 10 believers share a single copy between them.

Doazhen came to faith in her teens, and went on to attend Bible training classes in her church. During the Japanese invasion of 1936, when hundreds of thousands of Chinese were killed and most of her community fled, Doazhen stayed in her village in order to study the Scriptures.

But it was 80 years before she received her own copy of the Bible.

Doazhen could never afford the cost of a Bible by herself – so when Bible Society arrived in her village to distribute the Scriptures, she was first in line. And old habits die hard. Zhang Doazhen is now 94, and a great-grandmother. She still reads from the Bible every day and, just as she did when she was a girl, she still copies verses into her pocket notebook.

The challenge to provide Bibles

Her story illustrates the great demand – and need – for the Bible in China, and the good news is that Bibles are finding their way to people like Doazhen. Every year, the Chinese government gives permission to print Bibles for the Chinese Church. In 2013, permission has been granted for 3.5 million Bibles. These will be produced at Amity Printing Company in Nanjing, where state-of-the-art machines can run off 50 Bibles a minute.

The Church in China has asked for help to subsidise the cost of 2.5 million of these Bibles, so they can be sold at low prices (between £1.60 and £2.30) to poor families. But currently, the funds only stretch to providing one million low-cost Bibles. It means a further 1.5 million Chinese Christians cannot afford to buy their own copy.

The challenge, then, is to make more Bibles affordable – by helping to subsidise the cost. According to Jock Foo, Project Officer from the China Partnership which works with Amity and Bible Society, this alone “makes the biggest impact on the Church”.

James Catford, Bible Society’s Group Chief Executive, has summarised the situation in this way: “The ‘problem’ in China is actually an extraordinary opportunity. It is the most populous country in the world, with a population of over 1.35 billion, and God is doing remarkable things there.”

One woman, who has seen change in her family as a result of receiving a modern Chinese Bible, is 59-year-old Tan Juxiang, from Meng Zhung village, in Shaanxi Province.

Juxiang grew up in a Christian household, and the family held firm to their faith throughout the Cultural Revolution. She has been a Christian for 40 years, but Juxiang spent most of her adult life ‘longing for a Bible’ that she could understand. Until she received a new version of the Bible from Bible Society, Juxiang had an old family Bible that was in a traditional form of Chinese script. As the script is no longer in use, it was like a closed book to her.

Despite this, Juxiang was a local preacher for 13 years, delivering sermons based on what she remembered her mother teaching her about Christianity as a child.

“It was very hard to preach, because I couldn’t read the Bible,” she says. “After I got a new version of the Bible, my preaching became more powerful. Through this new Bible, most of our family have become Christians.” 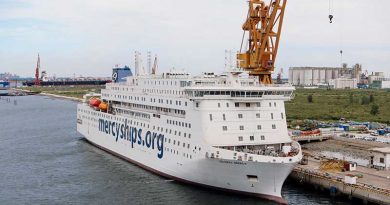 Have A Message Of Hope For Ukraine? Leave A Letter On Preply Platform