During the Christmas season, Street Pastors, with their recognisable street uniform, will be a welcome presence on streets across the country, providing a listening ear, helping revellers to get home, and keeping the peace in their respective communities.

This amazing charity was started in 2003 by Rev Les Isaac OBE, Rev David Shosanya and PC Ian Crichlow, as a church-based response to the rising incidence of gun and knife violence that was taking place in Britain’s urban areas at the time.

Due to my concerns about violence in Britain’s inner cities, I offered my services to help spread the word about the great work that Street Pastors aimed to do.

Since Street Pastors’ inauspicious start, I have seen God at work, and witnessed the organisation grow and become a major national and international charity that’s not just about combatting gun and knife crime in urban areas, but also ensures that revellers get home safely, provides a listening ear, administers first aid when needed, and brings peace in tense situations.

In fact, Street Pastors is the largest charity to be founded by Black Christians here in Britain, and recently celebrated its 10th anniversary with a special service at Southwark Cathedral and a dinner at the Britannia Hotel in London Docklands.

As Street Pastors steps into its 11th year of operation, some of the teams working on the ground have spoken to Keep The Faith about their ministry, and we have collated some mind-blowing statistics that make clear the great impact the Street Pastors concept is having throughout the world.

Westminster Street Pastors was launched in 2011 with 15 trained Street Pastors (and four currently undergoing training), and currently patrol one Friday night a month. The hope is that, as the work becomes more widely known and more churches become involved, it will grow to mirror that which is taking place in many other busy centres.

There is no shortage of people in need of help, care, or just a listening ear, and so much that could be done. The patrol base is in Victoria, near one of the busiest transport hubs in the country, which is a main site in London for the homeless and for those coming to London for a night out. Westminster Street Pastor patrols take in New Scotland Yard, Westminster Abbey, the Houses of Parliament, Downing Street and from Whitehall to Trafalgar Square and the Strand, past Leicester Square and from Shaftsbury Avenue to Soho, a vibrant and interesting part of London.

Street Pastors have been very well received, and there are always many vulnerable people who want to speak with us and who we can help, but there is so much more we could do.

It is wonderful to be able to show God’s love right in the middle of London, among the tourists, the visitors, those going about their work, and the residents. Perhaps the biggest difference is that what happens is so much in the public eye, and takes place near such famous locations.

Interest is welcomed from those who might live outside of central London but who would like to patrol in parts of the capital that never seem to go to sleep. All that is needed is, like anywhere, a caring heart, recommendation from your church leader and, in this case, a willingness to perhaps travel a few extra miles.

Street Pastors is a perfect example of church unity and working together to achieve a unified aim of loving God, loving people, serving our city and, in the process, seeing Nottingham and most individuals’ lives transformed.

When I started the project, I never once believed that it would grow to become so large and achieve so much. I was simply wanting to worship God by offering a simple act of service to heal the brokenness I saw around me.  We have helped over 9,400 people get home safely at the end of a night out; seen crime drop – there has been a 45% reduction in violent crime on the nights we are out; seen people we have cared for come to faith (over 36 people in the last year); seen lives saved by essential first aid (we have given 436 people first aid since we launched), and helped over 890 people access support from specialist services that they were not aware of.

When I see those statistics, I find myself feeling overwhelmed by gratitude for all I have seen God do through those simple acts of service and obedience that all involved in the project have achieved.

So, when the opportunity arose last year to launch Community Street Pastors, I got excited about what else God could do through the Street Pastor Project. The Community Street Pastors Project runs from 6pm to 10pm. The aim of these projects is to build longlasting relationships, and are focused on combatting some of the enduring problems in the area, such as gangs, domestic violence, segregation, isolation and anti-social behaviour, with most of the people serving on the teams actually living in the community, or having involvement in those communities.

As I write this, we are about to start training another 20 Street Pastors and with that we will experience the growing pains of needing more funding, training and empowering leaders, bringing more churches along and, of course, needing more good quality volunteers – not just on the streets, but also to join us in prayer.

My name is Anwar Bourazza, and I have been the co-ordinator for Southwark Street Pastors for the last five years. It is an immense privilege caring for our community. We have members from around 20 participating churches within the team; some of our members who patrol with us are in their late 70s!

We cover most of the borough, including areas such as Peckham, Camberwell, Old Kent Road, Elephant & Castle and Walworth. We are now setting up a new team in Bermondsey.

It has been a real blessing, seeing the different denominations working together with the same goal of showing the Lord’s love in a practical way. The strategy of simply caring, listening and helping has had a very positive response from the community.  A few examples of the types of situations we deal with at night include: caring for an 18-year-old male, who was unconscious and suffering from hyperthermia during the freezing winter temperatures; ensuring young ladies, who have had too much to drink, are led to licensed cab services; helping distraught women, who have missed their last bus or train home; being peacemakers in tense situations, and clearing away hundreds of bottles and glasses to avoid them being used in altercations.

When I look at the ministry of Jesus, I see that He spent most of His time on the streets loving people not judging them. Since we are His hands and feet, I can’t think of a better way of putting our faith into action.

The Bible tells us how God anointed Jesus of Nazareth with the Holy Spirit and with power: ‘and He went around doing good…’ (Acts 10:38). Street Pastors is a wonderful model, which allows followers of Christ to imitate Him in this way.

People always ask us, “How much do you get paid?’ As we are not paid, I simply respond, “My payment is feeling the satisfaction of helping someone.” For more information, email Southwark @streetpastors.org.uk 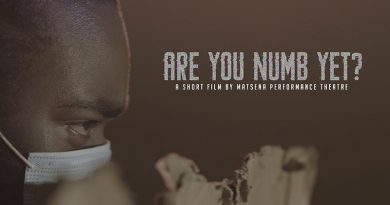 Are you numb yet?