2014 will be the final year that Rev Millicent Brown serves as National Women’s president of the New Testament Church of God.  She spoke with Rachel Brown about her role and achievements.

Last October, over 2,000 women alighted at the Bethel Conference Centre in Bromwich to attend something of a ‘not to be missed’ annual event in the New Testament Church of God (NTCG) calendar: the Women’s Empowerment Conference. The theme was the aptly entitled ‘Wise Women Redeem the Time’, not least because the organisation’s National Women’s president, Sister Millicent Brown, took her final bow after 12 years at the helm.

Over the years, the themes have encapsulated the essence of what it is to be an effective woman of God in the 21st century, and how to live a life brimming with purpose. From ‘God’s Exceptional Woman’ to ‘Shaped by the Potter’s Hand’ and, in the subsequent year, ‘Shaped – What Then?’, it is clear that Millicent and her board have wanted all their conferences to relate to women in their personal lives, and to leave them enriched, empowered, and ready to face the challenges and opportunities in their homes, communities and places of work.

Some might say that being able to find a clip from last year’s ‘Go, Grow, Glow’ Women’s Empowerment Conference on YouTube, which showed hundreds of women worshipping while waving torches in the air, is indeed proof that this conference has truly crossed over into the territory of popular culture.

Millicent – or ‘First Lady’, as she is known – says that serving women across the UK has been ‘a glorious experience’. She realised what a huge responsibility it would be to help direct thousands of women towards God and into their God-given destiny, through the Word, prayer and tools for practical living, but admits that her initial response was “‘No, Lord, please, not me.’ I was convicted on my knees, but I didn’t want to do it.”

Fortunately, leading people is a skill the First Lady has made look rather easy. Like many who are called to ‘front-line ministry’ because of their gifting, Millicent was not looking for it. Her professional background would have undoubtedly helped her for the role of National Women’s president: she was an administration manager at the NHS for many years, managing her workload as well as that of her team.

Not everything can be taught, however. Diplomacy, warmth, confidentiality and people-skills are vital in a role like this one and, fortunately, Millicent has them in abundance. Could these qualities be part of the reason her tenure has been so successful? “I just like people,” Millicent says simply. “I’ve tried to make women feel comfortable in themselves and in God. I want the single woman, the divorced, the married, the widowed – to feel at ease.”

One of Millicent’s proudest achievements as National Women’s president has been the purchase of a house for the sole purpose of aiding and assisting vulnerable women. Based in Birmingham, the home – named ‘SHAPE’ (Supporting and Helping young women Achieve Potential through Education) – is already housing women, and there is much excitement about where God will lead the project next.

One wonders where First Lady Millicent Brown draws her own inspiration from when she is constantly busy pouring into other people’s lives. But sources are always close at hand. She is constantly inspired by her board members – whom she calls friends – who have undergirded her throughout the seasons, and who have helped the Women’s department to become more focused and purposeful than ever before. She is inspired by the members in the churches she visits across the country, where women are excited about their own personal development, and striving for excellence in everything they do. There is also high praise for her husband, the Administrative Bishop, Dr Eric Brown. “He has been marvellously supportive, my prayer partner, and we’ve been able to share creative ideas. He’s enjoyed the journey with me and has supported me throughout the process.”

The road has not always been easy. There will indubitably be challenges in a role that is primarily about serving people and responding to people’s needs; and with this has come opposition at times. How has the First Lady managed to deal with criticism? “It’s not everything you have to respond to”, she says matter-of-factly. “You need stamina. You need to be able to deal with stress. I have to tell myself that I will not allow certain things to hinder me. I feel the strain of things, because I’m not a superhuman. But I’ve asked the Lord to help me deal with stress, so that I can still respond to people positively.”

These principles have served the First Lady well during her 12 years in the role, which she began at the age of 54. She is still as effervescent as ever, and it is clear that, while she may be taking her final bow next year, she is showing no signs of fatigue.

For more information about the activities of NTCG’s Women’s Ministries Department, visit http://www.ntcg.org.uk/wmd/ 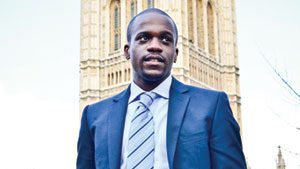 SAMUEL KASUMU: A man Who Wants To Change The World

Micah Stampley – ‘To The King…Vertical Worship’ by Milton Allen