The UK Gospel music community is mourning the death of Derek Wade, of pioneering UK gospel group, The Wades, who died on January 6 from a heart attack aged 47.

Derek was the third eldest of The Wades – a gospel group comprised of four brothers: Denis, David, Derek and Lloyd.

They got their big break in 1985, after performing at Kensington Temple, west London, and became an in-demand gospel group.

They appeared on pioneering gospel show, People Get Ready, performed at the Chicago Gospel Festival, and were regulars at Spring Harvest. They even signed a deal with Kingsway Music – unheard of for a Black gospel group during the 1990s.

In latter years, Derek concentrated on raising his four sons, as well as supporting his brothers, Denis and David, who are both pastors of churches in south London.

Derek was also heavily involved in community work and ran a sports project. He also ran his own jewellery business, which he was seeking to grow.

Denis Wade, pastor of Micah Community church and the eldest Wade brother, shared, “It was an honour to sing alongside Derek all those years, performing in The Wades. Now that he’s gone, we have to soldier on as a family, and ensure that his four sons are looked after the way he would want.”

His funeral took place at Ruach Ministries on February 7th.

Derek is survived by his four sons, his former wife of 20+ years, his six siblings, his mother and numerous nieces and nephews.

Is Preaching Online to an Empty Room Really Preaching? 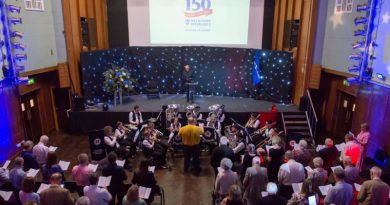