Although viewed as successful, Christian businesswoman and author, Jemma Regis, was inwardly wracked by doubt, depression and fear.  She shares how spending two months of solitude with God transformed her life

Born into a typically strict Caribbean family, my days were governed by church, chores and methods of punishment that today would be described as child abuse. The severe punishments caused me to run away from home on occasions, too scared to face the music. My childhood left me timid, paranoid, stripped of all confidence, and with low self-esteem. I loved and adored my parents, but also feared them. My mindset was: if I could be good they would love me, and the discipline would stop.

God was never too far from my thoughts and, at thirteen, my decision to get baptised stemmed from my desire to know Him and to live right, but the painful memories of my past influenced my life. I was insecure, self-conscious and introvert. Later on, my struggle turned to self-hate and jealousy, and I started to covet the popularity that my older sister had. How I longed to walk in the confidence she glowed in.

In 1987, my mother passed away unexpectedly, and I still struggle to comprehend it today. My older sister and I found ourselves undertaking roles we weren’t emotionally prepared to handle. How could the absence of one person divide what appeared to be a solid family unit?

At 17, I classed myself as an adult, no longer in need of the motherly love and guidance I would later come to crave. I had misjudged the power my past would have over me, so too the grieving process and, with no one to turn to, I began searching for the God that the Bible spoke of. I was a mess, scared and vulnerable, but also hungry, thirsty, but for what? Losing mummy brought pain, pressure, responsibility and grief, and it wasn’t long before depression and suicidal tendencies stepped in.

Many called me a beautiful young, talented woman, but I couldn’t see this for myself. I left college highly qualified, ready to walk into any job I desired, but my insecurities led me to worthless jobs where I could work alone, fuelling my innate fear of crowds. With much encouragement I started my own business; I had big dreams. I threw myself into it, hoping it would bring satisfaction, but instead it created loneliness. I was seen as a thriving businesswoman, a role I played for my audience but I was living a lie.

“Who would have thought that sitting with God in utter silence and allowing Him all the time He needed would bring about such intimate healing?.”

Many  labelled me miserable because I couldn’t appreciate all I had going for me,  which hurt because I wasn’t that  person, but everything inside me was manifesting itself in ways that made me appear miserable, and I hated the fact I couldn’t see my own potential. I carried this mentality throughout adulthood, tearfully allowing myself to be used by men, accepting what I believed to be love under the belief it was all I deserved. I poured my heart out to God on numerous occasions, but He was silent.

In 2000, I made a conscious decision to pursue God with all my heart, which started with daily devotional sessions and, as a result, began to draw closer to Him. By 2004, my relationship with Him was the strongest it had ever been; however, my past crept in, periodically causing long bouts of depression, the longest of which lasted for three years and almost cost me my life.

Broken by the effects of a past I couldn’t shake off, and the battle between doubt and belief in God, faced with life or death I put everything on hold, went away, and I spent two months undisturbed in God’s presence.

Choosing life meant my depressive triggers had to be destroyed. I needed a new start, not a self-help away break, or a stint of counselling which I had previously tried.  My current state was killing me from the inside out. My journey involved me letting go of the person that circumstances had turned me into. In order to be my Father’s child, I had to let go, and let go I did.

My time was spent LISTENING to God; He spoke directly into every area of my life and, when He spoke, rather than debate, I adjusted my thinking and actions. My time with Him totally transformed my life. I now know the true meaning of salvation. Who would have thought that sitting with God in utter silence and allowing Him all the time He needed would bring about such intimate healing?

Today almost three years on, and for the first time in over 40 years, I am living life as God intended. Sometimes the accusations of my past still present themselves, but unlike before, I refuse to entertain them for one second, regardless of the circumstances. My intimate relationship with God is the most important thing in my life and being still, just listening and hearing is the key to that intimacy.

Jemma Regis has chronicled her experiences in her first book, God’s Romantic Getaway (£9.99 for a limited time).  It’s available from www.authors-choice.com or www.amazon.co.uk 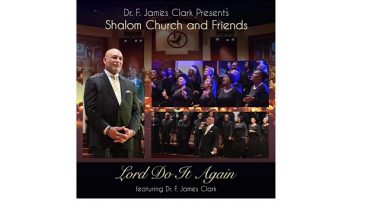