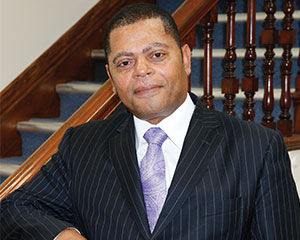 Bishop Donald Bolt, who currently serves in the role of National Treasurer/Secretary for the New Testament Church of God (NTCG), has been appointed as its new National Overseer elect.

Bishop Bolt will officially take up the role of National Overseer on September 1, 2014, when the tenure of his predecessor, Bishop Eric Brown, comes to end after 12 years.

Commenting on his election as National Overseer of one of Britain’s leading Pentecostal denominations, Bishop Bolt stated, “I understand that leadership in the 21st century can be challenging, but with God’s guidance and the support of our church, I am committed to giving the type of leadership that is pertinent to our time and generation.  I am grateful for the confidence displayed by my fellow ministers.  My wife, Joycelyne, and I consider this a great honour and privilege to be called upon to serve our Church at this time.”

The NTCG constitution requires that the person elected as National Overseer should receive two thirds of the vote from the electoral body, which comprises over 200 ordained ministers.  Bishop Bolt received just under 70% of votes cast, giving him a clear mandate to lead.

He has served as Senior Pastor of four NTCG churches, and was Overseer of the Aldershot District of Churches.  He has also been a Trustee of Wiltshire Council for Racial Equality, and also of the Rushmoor Citizens Advice Bureau.  He has been a member of the NTCG National Executive Council for 14 years, and was appointed as the National Secretary/Treasurer in 2009.

Bishop Eric Brown, the outgoing National Overseer, commented, “I am delighted for the election of Bishop Bolt as the next Administrative Bishop of our Church.  I see this as God’s doing.  I am confident that he and his wife, Joycelyne, will bring their own gifts and talents to this office, and that they will be faithful in building on the legacy of their predecessors.  With God’s help, they are more than able.”

Chronic shortage of RE teachers in schools