Inherent in Easter is a message of change, transformation and new life.  Individuals who believe the message of Easter – that Jesus Christ is the Son of God, died for their sins, and rose from the dead – become, miraculously, changed people.  Such individuals change their world, whether on a local, national or international level.  Here are a few people who took the Gospel message to heart and, in the process, deeply impacted their communities and the wider world.

MARTIN LUTHER KING JR (January 15, 1929 – April 4, 1968) – This Baptist minister and Black civil rights icon played a major role during the 1950s and 60s, championing the civil rights of Black Americans.  The son of a preacher, King Jnr initially doubted the truth of the resurrection of Jesus but, after deciding the Bible ‘had many truths one could not escape’, he entered Crozer Theological Seminary.  King’s achievements include leading the famous Montgomery Bus Boycott, which de-segregated the buses, and founded the Southern Christian Leadership Conference, a coalition of Black church leaders committed to dismantling unjust US laws, which prevented Black people from participating fully in US society through non-violent protest.  He also led the Washington March, where he delivered his I Have A Dream speech, and inspired numerous social activists throughout the world. 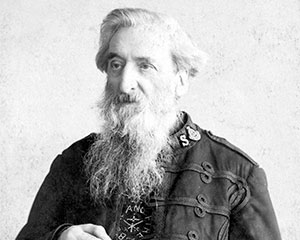 WILLIAM BOOTH (10 April 1829 – 20 August 1912) – The Salvation Army is renowned throughout the world for providing help and support to the disadvantaged and for sharing the Gospel.  It was founded in London by Methodist minister, William Booth.  He started his Christian journey as a Methodist lay preacher and evangelist.  Following his marriage, he and his wife, Catherine, started the Christian Revival Society (CRS) in 1865, which reached out to the poor, destitute and sex workers in the East End.  The CRS became known as the Salvation Army in 1878, a Christian parachurch organisation partly modelled on the military.  The Organisation is said to have 1.5 million members worldwide, and is based in 126 countries. Its aims are to advance the Christian religion, relieve poverty, and carry out other charitable acts beneficial to humanity.

MOTHER TERESA (26 August 1910 – 5 September 1997) – This Nobel Peace Prize winner is one of the most famous nuns to come out of the Catholic Church. During the 1980s and 1990s, nun and missionary, Mother Teresa, became renowned for her work providing compassionate care to the ‘untouchables’ (Dalits) living in the slums of Calcutta.  The Albanian nun spent most of her time in India, but still found time to found the Missionaries of Charity, which is active in 133 countries.  This Roman Catholic religious congregation provides a range of services, including running hospices and homes for people with HIV/AIDS, soup kitchens, orphanages and schools.   Those who join Missionaries of Charity must take a vow of chastity, poverty and obedience, as well as promise to give ‘wholehearted free service to the poorest of the poor’. 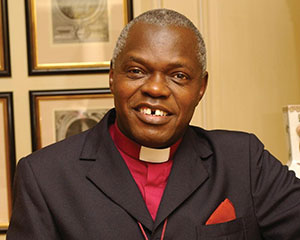 ARCHBISHOP JOHN SENTAMU (born 10 June 1949) – He is the first Black man to ever be appointed to the role of Archbishop of York in the Church of England – the second most powerful position in the Church of England.  This Ugandan-born minister has suffered for his faith.  During his years serving as an Advocate of the High Court in Uganda, he incurred the wrath of dictator and leader, Idi Amin, and was detained in prison for 90 days, where he was ‘beaten terribly’.  Archbishop Sentamu arrived in the UK in 1974.  He studied Theology at Cambridge, and was ordained as a priest in 1979.  He has worked as a chaplain, served as a vicar in several parishes and, when he served as the Bishop of Stepney, he served as an advisor to the Stephen Lawrence Judicial Enquiry, as well as Chair of the Damilola Taylor Murder Review.

Feeding the hungry by Dionne Gravesande

Black to the future by Bishop Dr Joe Aldred