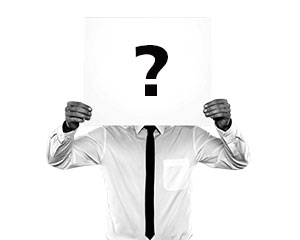 Rev Wale Hudson-Roberts looks at the impact names have on us, and argues that it’s important for families and the wider community to ensure that children are given names that are meaningful

Kaal –El, Pilot Inspektor, Fifi Trixibelle, Apple and Sage Moonhood are just some of the names that celebrities are giving their treasured children. It does sound a contradiction, does it not, to give such a name – absent of all meaning and substance – to a person created in the image of God? But increasingly parents are doing just that.

You would think that bags of thought, reflection and even research would inform the choice of a name. Obviously not. Where did this trend of plucking names out of the sky come from? It has, I agree, been around since time immemorial, but more recently it has become normative, nearly mainstream, particularly among some cultures.  Might it be a phenomenon started by celebrities?  Perhaps not, but many have certainly encouraged it.  So, what’s in name?

In ancient Jewish traditions, names were held in high esteem. Various family members were involved in the naming process: some gave the name (usually the parents) and others confirmed the name (invariably, extended family and sometimes even close friends). This was only part of the process, for it was essential that the name chosen, researched before its nomination, possessed meaning and substance. Those who chose and confirmed the name, therefore, lived in the hope that the child might live out the values inherent in the selected name.

But it was not just the ancient Jews that took names seriously; God did, too.  His various Names have differing meanings, and manifest aspects of His character. Add to this God’s renaming of certain biblical characters; Abraham is a prime example. His renaming was much more than just an extension of Abram. It was God’s deep desire for the renamed Abraham to live out the core values of his new name and become ‘the father of many’- the founder of the Hebrews – through his son Isaac, which he did.  Jesus, too, reflected this tradition.

“Ancient culture’s appreciation of the power of names to potentially change lives for good is deeply rooted in the thought and heart of God.”

In extending or renaming some of His disciples – the classics being John the ‘beloved disciple’ and Peter the ‘Rock’ – Jesus was reinforcing the power in a name, both psychological and theological, in that a name can demean and disaffirm or affirm and empower, destruct or create.  In the case of John the beloved disciple, the name surely contributed to his sense of empowerment.

All this suggests that the ancient culture’s appreciation of the power of names to potentially change lives for good is deeply rooted in the thought and heart of God. The hope that the named would bring honour to the named community and to Yahweh has remained an important concept to Jews, then and now. Good for them, I say.  Little people, created in the image of God, loved by God, birthed by a woman, surely deserve names that mean something.

I am more and more convinced that meaningless names can be a contributory factor towards creating persons that potentially lack meaning and purpose. The converse can also be true.  A person, who possesses a name with traditional and deeply-held cultural and theological values, can desire to reflect their name. For a minute, recall and reflect on the meaning of the names of significant Black people: diplomats, ambassadors, activists, educationalists, respected actors and actresses and even athletes, religious heroines and heroes. Note that their names are not the names of clothes designers or designer brands, local heroes or heroines, popular car brands or celebrities, to the contrary. Maybe, just maybe, their success is in part due to their unconscious desire to honour the meaning of their names.

I am aware that the name we give to whosoever is incredibly personal. It is a choice that is made often by those who are about to become parents or close family members. If there is one thing, however, that Jewish ancient culture teaches us, it is that there is much in a name; ‘sticks and stones will hurt my bones, but names will never hurt me’ is a misnomer.  Ancient Greeks were also aware of the importance of a name, which is why a child was named on the seventh or tenth day after birth, and chosen by the father. The eldest son was usually named after his paternal grandfather, and subsequent children after other relatives.  This speaks of the named child being credited with belonging, identity, history, pride, love and respect. Acknowledging, perhaps, be it indirectly, that all persons are created in the image of God, and the uniqueness of this gift should really be reflected in the time spent in choosing the name for the gift, and choice of name.

Cultures and traditions can sometimes be oppressive and even destructive, but often they are educative and extremely helpful. The African traditions, so inextricably intertwined with the life, story and history of my parents, remind me – a product of the Diaspora – to remind my son, also a product of the Diaspora, that his name and the names of his cousins, nieces and nephews are important, and that God wishes them all to embody the rich values written into their names, and thus respect the named community, themselves and, ultimately, God.

So, let’s return to the question. What is in a name? The answer surely has to be life or death, freedom or imprisonment, leader or follower; all depends, in part, on the name we choose. The message, then, is to choose prayerfully, if not for your sake, for the sake of your child and subsequent generations.

KTF REWIND: Fear: The enemy of a life fulfilled in Christ by Esther Kuku