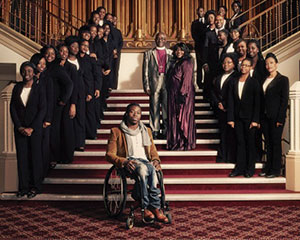 Channel 4 will be broadcasting some programmes about West African churches and their work in the UK, in the weeks leading up to Easter.  The broadcasts will consist of a 30-minute documentary, followed by 16 three-minute short films.

Paralympic medallist, Ade Adepitan, will present the documentary, which will look at how various West African churches are bucking the trend of dwindling church attendance in more traditional churches.  He commented: “I’m extremely proud to be part of a programme that sidesteps the mainstream, in an effort to highlight the diversity of Christian worship amongst the UK’s West African community.”

The series of short films will portray people, who play a part in the churches: from the pastor planting a new church in a London borough, to a convert preparing for their baptism. These short films will give a unique voice to a sector of the population usually not widely seen on television.

It is hoped that these series of broadcasts will shed light on the lives of West African Christians, and increase understanding of their approach to life amongst wider society.

Who should own South Africa’s land?