There’s a host of new, youthful worship groups coming to the fore, and one of them is Divine Impact.

This contemporary worship ensemble have just released their debut EP, Exalted, which features a host of self-penned tracts, some of which were produced by Jake Isaac.

Divine Impact are committed to ensuring that believers enjoy a deep spiritual encounter  when  they gather together to worship the Lord, and to see more people draw closer to God.

Although this multi-talented group will be unknown to many, they are making their mark on the UK gospel scene.  They’ve headlined three sold out concerts in London; have been nominated twice for a BEFFTA Award, and opened up for praise and worship legend, Ron Kenoly.

It’s Divine Impact’s desire to take their music throughout the world but, for now, they are satisfied with reaching people in the UK, one concert, one event, one worship service  at a time.

Guvna B set to be soundtrack for summer 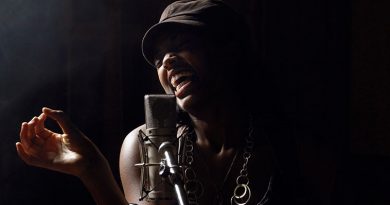