Keep The Faith talks to two leading Christians about youth violence in the Black community, to explore what the church community can do to rid society of this scourge

In recent months, the Black community has once again been rocked by a spate of murderous violence that has resulted in the untimely deaths of young people who were full of promise.

Dwayne Simpson, the son of Keep The Faith Woman of the Year Award winner, Minister Lorraine Jones, was fatally stabbed in February whilst trying to help a friend in distress. Aaron Carriere and Josiah Manful, one the son of a minister-in-training, were brutally stabbed in a car, on a public street, in Leytonstone, east London.  And who can forget the tragic story of 15-year-old Shereka Marsh, an A level student from Hackney, east London, who was shot whilst at a party.  And there are others.

There was a feeling that gun and knife crime amongst young people had been brought under some semblance of control, as a lot of work had been taking place with at-risk youth on the ground, but these recent killings highlight that there is still a lot of work to be done.

Rev David Shosanya, Regional Minister for Missions with the London Baptist Association, has long been involved in providing solutions to youth crime and violence, and supporting Christians who work with disenfranchised youth, and was a co-founder of Street Pastors, established in 2003.

He believes there is still more to be done to get youth violence under control.  He told Keep The Faith, “It’s a major issue, and we have to sound the alarm about this issue in a new way.  We need to get senior African and Caribbean church leaders together, and invite them to have a round-table discussion, with some action points to emerge out of that meeting about how we are going to resource our churches to do something about this.”

In fact, Rev Shosanya is keen for churches to show clear leadership on this issue, as well as work together more collaboratively and to commission research on this area.  “The challenge we face is the challenge of people working together from a common understanding that’s based on research, and an initiative that’s based on the findings of that research.  I think that’s the way forward.”  He added, “It would also enable churches to gain easier access to funding.”

One Christian, working with gang members and at-risk youth on a one-to-one basis, is Sheldon Thomas, Chief Executive of Gangsline, a charity he founded in 2007 to work with young men and women involved in gangs from across the UK, by providing mentoring services and support for young people, and training for churches interested in working with them.

He said, “The churches need to get us in there, to train them to understand what gangs are all about.  One of the things I’m not going to do, which I used to do, is have a go at the Church for not doing much.  I’ve realised, they don’t actually know gangs; it’s not their calling, it’s my calling. I’m the evangelist, I’m the one who was the ex-gang member, and not every person who goes to church knows about street.”

Sheldon has joined forces with a number of Christians (see page xx) to provide specific training to churches wishing to work with at risk young people.  He’s also upping the ante on the evangelistic side of his work, in recognition that the root causes of youth crime and violence are both spiritual and social.  He shared, “When I was in a gang, I was possessed with the spirit of anger, bitterness and the spirit of rejection.  Because no-one knows this in the world, their idea is ‘Well, you shouldn’t do this’ and ‘You shouldn’t do that’, but if you’re possessed by the spirits behind this, it’s not going to be easy for you to handle it.  There are a lot of things the Church needs to understand that’s behind these gang members, so that we don’t do what the world does, and judge young men and women in this lifestyle.”

Sheldon measures the success of Gangsline, in terms of planting seeds of hope amongst young people.  Since its inception, Gangsline has engaged with a thousand youth across the UK.  “I have sown a seed of hope in 1,000 gang members and, if the will of those young men becomes the will of the father, we’ll have a thousand young men whose lives have been changed, and they will each influence another 10 people.  My thing is about engaging with them, and sowing a seed a hope.” 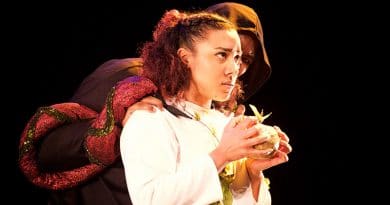 And There Was War by Daniel Wong 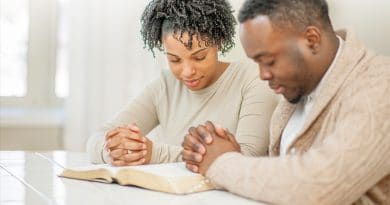