One of Britain’s iconic Black Pentecostal churches has closed its doors for several weeks to undergo a £290,000 refurbishment and modernisation.

The New Testament Assembly in Tooting, south-west London is one of the UK’s most well- known Black churches, and serves as the international headquarters for the denomination founded by the late Bishops Powell and Bernard in 1961.  A number of well-known people have visited or attended events at the church, including Rev Jesse Jackson, The Clark Sisters and gospel artist, Timothy White, and the BBC has broadcast services from the church.

Delroy Powell was installed as head of NTA UK in 2013, and is driving the refurbishment.  He told Keep The Faith the reasons behind this initiative: “We want to rearrange the church so that it suits our way of worshipping, but retains the history and features of the building.”

Efforts will also be made to make the building more fuel efficient.  When the church reopens later this year, members and visitors will worship in a light, airy auditorium, which will have a new sound system installed and a new stage. 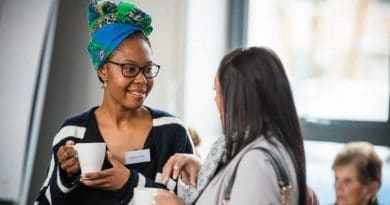 Never seen before faith group collaboration reaches the most vulnerable