After three years out of the music limelight, gospel rapper Dwayne Tryumf is back with a bang, with his release Live in Concert, Britain’s first ever live rap album.  He spoke to Keep The Faith about the release; why he was away for so long, and the reasons he decided to study Chinese.

KEEP THE FAITH (KTF):  You recorded ‘Live in Concert’ in 2011, and you are now just releasing the album.  Why the long gap between the recording and the release date?

DWAYNE TRYUMF (DT): I released the first single and music video, ‘Thy Kingdom Come’, in 2012. The long gap before the album’s release was because I didn’t realise how much work would go into getting the record to sound right; with a live album, there are so many things that can and will go wrong and this was my first. Myself and the bass player (Ian Copeland Green) spent many hours correcting mistakes. With a live recording, if the drummer makes a mistake you have to fix every musician on the song, as they rely on him for their timing.  And, to make things worse, I can be quite a perfectionist. Also, in the midst of working on the album, I lost a close friend (Original Tony Rich), which also slowed down my motivation with the album. The album was finally finished by Feb 2013, at which point I was so exhausted I needed a break from the album (I had probably listened to it thousands of times!).

KTF:  What did you do during your gap period?

DT: At the beginning of 2013, I decided I needed a break from music altogether, and began learning to speak Mandarin Chinese, full time, in the hope of being able to spread the Gospel and maybe even rap in the language. In the space of one year, I learned over 1000 words; passed both Levels 1 and 2 of the official Chinese Proficiency Test (HSK), and wrote a few rap bars in Chinese. I am now competent enough to have a conversation and read on a basic-intermediate level.

KTF:  You are the first UK gospel rap artist to record a live album.  What was your inspiration behind recording a live rap album?

DT: During my private time I listen to a lot of gospel albums: Fred Hammond, Marvin Sapp, Tamela Mann, Winans, Commissioned, Kim Burrell, etc, and they all have live recorded songs or albums. I love the dynamics in their songs, and wanted to bring that into the rap genre.

KTF: You’ve got quite a few artists featured on the album. How did you manage to get them to participate in the recording?

DT: I think nearly every major artist in the UK gospel rap scene was there (sorry to anyone I forgot to invite!). Thankfully, I had a lot of help from my wife, who sent out emails, made phone calls, and liaised with all the artists.

KTF:  What are your three favourite tracks on the album?

KTF:   What should we expect from you during the course of this year?

DT: I will be writing new material and developing myself as a recording artist.

KTF:  Describe yourself in five words. 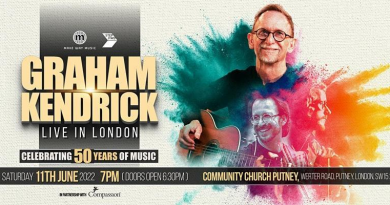 Building An Audience Is A Key To Artistic Success