Annastasia Baker, the winner of the 2013 Gospel TV show, Time2Shine, recently released Let Me Go, a new single focused on raising awareness of the 200+ schoolgirls kidnapped in Nigeria by Islamic extremist group, Boko Haram, in April.

A mother with a young daughter of her own, Annastasia cannot imagine what the families of the lost girls are going through. And, without the financial means to directly impact the ongoing campaign to find them, she has turned to music as a tool to keep the situation in the public eye.

This rising star is scheduled to launch her debut album later this year at the Jazz Café.  In the interim, the Christian singer, who attends the New Testament Church of God in Lee, south-east London, is looking to build on her success of winning Time2Shine to springboard her music ministry, as well as continuing the fight to improve the situation in Nigeria. 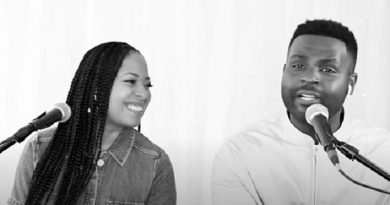 Gospel artists Juan & Lisa Winans release ‘It Belongs To Me’